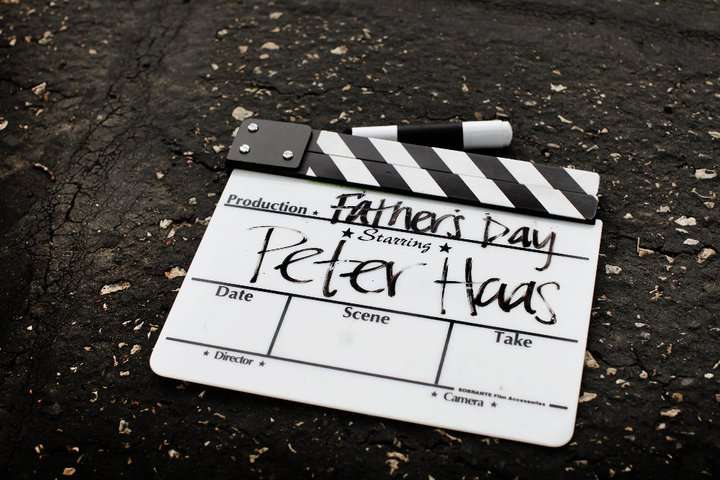 A Reality Show for Fathers Day? 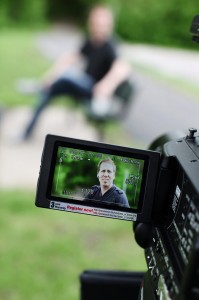 At Substance we’re always trying to push the envelope with our multi-media.  Of course, we may not have all the money and equipment that many mega-churches have.  But we have all the heart!  And get ready because Substance is about to experience an exciting new gem this Father’s Day.

Believe it or not we filmed a fun little “reality t.v. show” about me and my dad.  Imagine a quirky mix between an Oprah episode and Extreme Home Makeover (without the budget : ) and you’ll get the idea.  In fact here’s a teaser.  But, with every new documentary we shoot I want to remind everyone of the greater call God has on our church.

Ever since the beginning I’ve had this sense that God wants us to do far more than merely plant a church.  Rather, I believe, God wants us to be a church that reclaims the media arts for his kingdom.  That’s why one of the first things we raised money for was a video-editing studio.

Many of you know I have a strong background in music composition and engineering.  My grandfather was a violin maker.  And after a decade of private cello piano and guitar lessons, I dove headlong into composition and recording arts.  (In fact I’ve scored for films before).  In fact that’s probably what I’d be doing if I wasn’t pastoring.  So, since the beginning, it hasn’t been hard for me to attract artists.  And it certainly helps to have brilliant musicians like Jamin Cousins on staff (who now does it for me)…Or Pastor Nick Foulks & Tru-serva who are doing sick music and videos in the hip-hop vein.

Over the years I’ve become quite the film buff too.  I’ve edited, directed, and/or scripted about 80 projects.  Don’t get me wrong:  I’m a terrible cinematographer.  But I still torture my wife by constantly pausing movies to explain their brilliance (or their dullness).  Yet, even still, this call to the arts isn’t merely based on my passions.  It seems to saturate a huge amount of our congregation. 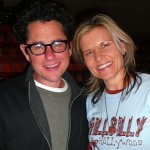 We have an amazing number of graphic designers, video editors, and song-writers who are all waiting in the wings.  For example:  I just saw the movie Super 8 by J.J. Abrams and Spielberg.  It’s basically a cross between E.T., Goonies, and Jurrasic Park (although there are a few naughty words… so do not bring your kids : )   But, Substance’s very own, Sonya Tormoen was one of the Casting Directors for the army of extras it took to pull off the film.  I was riveted listening to all of her stories about making the film.  And as she shared I couldn’t help but get excited about Substance’s own future.  I mean God is assembling a pretty amazing team here at Substance.

Don’t misunderstand me:  We are still a total bunch of wannabe’s at this point.  We are still totally unprepared to do a decent motion picture (Ntl.level).  But, with every project, we’re getting closer and closer.  If any church could do a brilliant low-budget film it’d be us!  And what greater mechanism to preach God’s word than film?

God gave me a dream that one day Substance would be a production house capable of producing a solid number of inspirational films each year.  With more and more churches embracing video-venues we are inadvertently incubating an entire generation of Christian artists.  And I believe that God wants us to be at the forefront.

So, get ready Substance:  These little projects are soon stacking into a mountain.  And this mountain is going to point to our God in an unmistakable way.