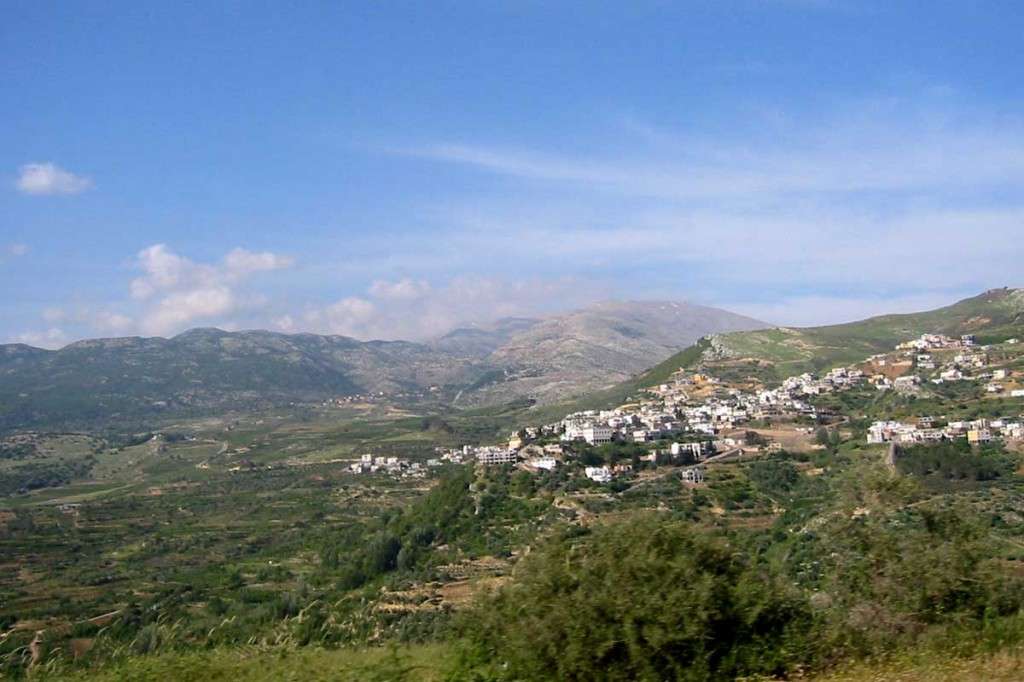 Becoming an Israelite – Reflections on a Life-changing Trip

My Wife & I kickin' it Holy Land style.

A trip to Israel wasn’t very high on my “bucket list;” but, after going there this last week, I honestly can’t believe I’ve waited this long.  Seriously: I will never be the same.  It sounds so sensational but it’s true.  “And Why” you ask?  I’ll tell you!

First off:  I finally got to use all of the Hebrew I learned at the U of M.  My team kept asking me to translate everything for them.  (Of course, I haven’t spoken a word of it in 16 years).  But, it’s all good.  (After all, I could make up just about anything and my team-mates believed me.)

Of course getting there was a nightmare!  I’ve never had more flight delays and cancellations in my life.  There’s actually a law stating that people cannot be stuck on an airplane tarmac for longer than 3 hours.  If a plane is waiting to take off yet cannot, after three hours, they must return to the boarding gate.  This happened over 3 times to my wife and me in a single day!  (I.e., Nine hours on a non-moving plane).  Amazingly this happened again the next day!  (I.e., One short domestic flight took us 48 hours of airport travel – with no end in sight).  We knew we were going to get stranded in Pittsburgh for a 2nd night so we rented a car and instead drove 8 hours to NYC just to hopefully fly standby on a 12 hr flight to Israel!

As we drove across the Pennsylvania mountains we kept seeing signs for Scranton PA “The electric city”.  I kept doing Michael Scott impersonations.  And as we whistled the theme song to the t.v. show “the Office,” we starting getting high spirits again.  Then BLAM!  My wife gets pulled over!  (Whistling stopped).  So, after $600 of unexpected travel costs + 1 speeding ticket later, we stood at JFK airport at 1am.  We waited in a two hour line with the hopes of merely flying stand-by.  Of course, the story gets incredibly worse… (and the story home is equally outrageous.)  But it suffices to say that:  All of this trauma was worth it!  And Why?

I will never read my Bible the same.  I had no idea how small the holy land really is.  The Bible is constantly referring to cities in the land… and why?  Because the land matters!  When people read these references it dramatizes the plotline.  Suddenly every Biblical battle becomes even more engrossing.

For example, the Garden of Gethsemene is only minutes away from a desert escape.  King David would escape this way whenever the heat was on.  Of course, this path was certainly a massive temptation for Christ when he prayed “not my will but yours be done.”  He was literally only minutes away from total escape.  Yet we would never know this until you’ve been there and understood how the terrain thickens the plot. 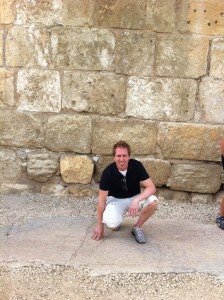 "The 1 place in Israel archaeologists can guarantee Jesus stood"

For example, I got to stand where the sermon of Pentecost was preached.  I got baptized in the Jordan river.  I got to boat over the sea of Galilee where Jesus calmed storms and walked on the water.  I got to sit near Peter’s house in Capernaum where the paralytic’s friend’s ripped through his rooftop.  I was able to hike in the very places that Psalms where written… where David slayed Goliath.  I mean, seriously:  That’s priceless!  I will never read these stories the same.  So ever since I’ve had this insatiable desire to read my Bible for a good hour each day.

So, here’s the deal church:  I want to birth some of this passion into your heart as well.  For starters… I want to lead a Substance trip to Israel  (so start saving your cash).  Secondarily:  You don’t need to travel to Israel to get a deeper passion for God’s Word.  Sometimes we simply need to start a new discipline.

If you’ve ever had the flu before, there’s a point at which you need to start eating again – even though you have absolutely no appetite.  It’s a hard place to be in; yet, if you don’t start eating again, you’ll starve.  I.e., Sometimes you’ve got to force-feed.  And over time, your appetite will not only return but, you’ll actually start to hunger for the very things you’re feeding on.  And the same is true with God’s word.

If you force-feed yourself God’s Word for at least ten minutes a day… within a month, reading the Bible will become a pleasure.  It’s kind of like working out.  When you do it for longer than 3 months you become addicted to it.  Pretty soon you won’t truly feel alive unless you do it.  But, this only happens to people who truly give themselves to it.  And unfortunately, many people quit before they’ve “broken through.”

So don’t let this summer slide by.  When you grill out at a nearby lake… or starting hiking around the northwoods again, make sure you take your Bible with you.  It’s time to form a new habit.  Not every book of the Bible is easy to read.  But believe me:  Getting addicted to God’s Word is amazing – even if it takes a speeding ticket and a long flight to get there  : )

P.s., I was sitting in a Beduin tent in the southern desert of Israel… and guess who I ran into?  …A high-school student who attends Fridley High School!  Seriously, what are the odds?