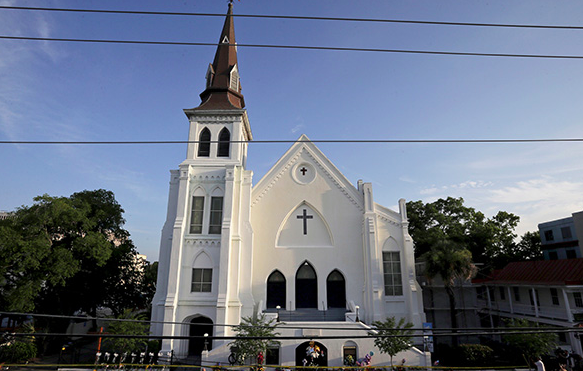 After Ferguson, Baltimore, and Charleston… I can’t take it anymore. I feel like I have to say something, and it’s this: it’s time for white pastors to talk about racial discrimination. People pretend that discrimination doesn’t exist anymore. I’ve heard numerous people say, “We have a black president, so clearly discrimination doesn’t exist.” However, this is a ridiculous statement in light of the facts. And I would love to take a little time to explain why racism is still alive and well in the United States.

– In 2010, the U.S. Sentencing Commission reported that African Americans receive 10% longer sentences than whites through the federal system for the same crimes.[ii]

– In 2009 African-Americans are 21% more likely than whites to receive mandatory minimum sentences and 20% more likely to be sentenced to prison than white drug defendants.[iii]

At some point, no matter what your political background is, these types of injustices need to be confronted. And this is just the tip of the iceberg.

But before I take this a step deeper, allow me to explain why it’s been so hard for guys like me to talk about these injustices.

In the past, every time I would try to talk about race, I would get hate mail from people saying: “You have no right to talk about race issues as a white man.” Honestly, every time I would talk about it, I felt like I got anger from people on both sides of the issue. And I’m sad to say, like many people in my position, it was easier to just ignore the issue then endure all of the personal attacks. I.e., I allowed the accusations of over-reactive people to falsely teach me that I can only talk about discrimination if I’m a woman or a minority. I falsely learned the bad idea that my primary job as a white man is to simply shut up and say “I’m sorry” whenever I can. (It’s almost embarrassing to admit this, but I’m just being honest).

As a DJ, I grew up listening to a lot of Chicago styled house music and hip-hop. I once made the joke that, if I could have the Roots (on Jimmy Fallon) be our church worship band, I would do it in a second. In saying this, I happened to deeply offend a minority attendee of our church who felt it was a deeply racist comment. He said he was “embarrassed that guys like me are even allowed to pastor” – and left our church. Of course, at the time, I had no idea that it was “racist” to enjoy the Roots (which, thankfully, it’s not : ) But my point is this: experiences like these falsely taught me, it’s easier to avoid issues of race altogether – which is unfortunately why a lot of people in my position are scared to talk about – which is probably the worst thing we could do.

So, I want to encourage my white-male-pastor friends: Don’t feel like you have to be a minority to talk about this. In some ways, it feels almost stupid to say it out loud. Yet, I know that many of you feel it. And don’t allow oversensitive or over-politicized people keep you in silent spectator mode. Sure, I’ll probably get a few intense letters over this blog. But I’ll also tip a few more of you into proactive reconcilitation – which is something that’s sorely lacking in a lot of churches like ours.

I have to say, I’ve been deeply inspired by the African-American church leaders in Charleston SC. Their response to this deeply heinous act has been jaw-dropping. Many of us, if we were in their position, would feel war in our hearts; yet, the depth of their maturity and Christ-like love has truly stolen the spotlight.

I realize that the moment people talk about discrimination issues, the conversation quickly gets hijacked by simplistic political solutions and finger-pointing – 2 ingredients that tend to exacerbate the problem more than foster understanding.

But here are a few solutions that all of us can agree on: let’s grieve with the victims; let’s allow our grief to turn us into good listeners; let’s be proactive to speak about injustices – even if it offends certain people; let’s be honest about how complicated issues of race & sex can be. And let’s arm ourselves with the love of God. After all, Christ is the only real solution to our problems. And no one else can fill the void that exists in the heart of our nation.

So, no matter what your background is, take some time to truly stop and listen to some of the minority voices in your life. Don’t be afraid to be a voice for injustice. And when we do, let’s do it in way that takes responsibility rather than places blame. After all, if the Lord “works righteousness and justice for all the oppressed” than we should too. So consider how you might be a part of His solution. Amen?

[i] U.S. Department of Justice. “The Reality of Racial Profiling.” The Leadership Conference on Civil and Human Rights. Accessed March 1, 2014, http://www.civilrights.org/publications/reports/racial-profiling2011/the-reality-of-racial.html.