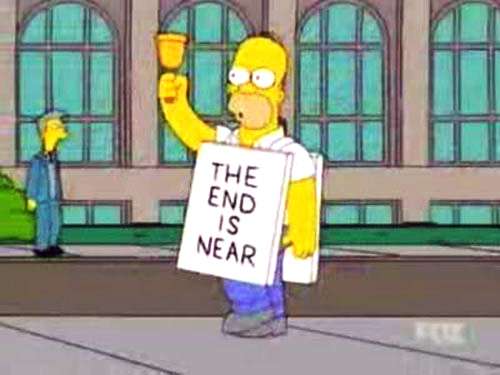 Cramming for the End Times – New Teaching Series at Substance 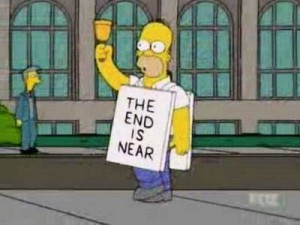 Have you ever had questions about the end of the world?  According to Pew Research Foundation:  1 in 5 Americans believe that Christ will return in the current generation.  1 out of 8 Americans believe that something Apocalyptic will happen on Dec. 21st, 2012.  A U.S. News & World Report poll revealed that 60% of ALL Americans from all faith backgrounds believe the world will end eventually.  And 20% of Americans believe that earth’s life-expectancy is just a couple decades.  I.e., It’s safe to say that EVERYONE has a sense that it could all end quickly.  We all know this world didn’t spontaneously arrive out of nothing… & if it did, we have equal reason to worry that it’ll end just as quickly.

So the million dollar question is this?  What does the Bible teach about this?  The goal of this series is to dive into a few of the top questions that people have about the end of the world!  Even non-Christians have heard the Biblical terms Armegeddon or the “End of Days.”  But what about the Anti-Christ?  the # 666? Or, what’s this Rapture thing all about?

But here’s how our series is going to be different.  I’m going to do what I’ve never heard other pastors do, and that’s present ALL of the major interpretations on this.  That’s right:  I’m going to present really good arguments for each and then let YOU choose.  Don’t get me wrong:  I have my opinion.  But there’s something powerful about being given the information to choose.  I find that people seek the scriptures MORE when presented with options (instead of being indoctrinated).  And ultimately, that’s the goal of this series: to get you interested in the study of God’s Word.

Besides, we’re going to have fun while we do it.  Our video team has put together some amazing videos for this.  We actually shot the sermon intro in downtown Minneapolis… which looks exceptionally cool when our team made it look like Aaron Kindvall (one of our leaders) was jumping over a massive earthquake sinkhole.  (Check it out here).

But if you have questions about this kind of stuff… come on out to church this November — unless the rapture happens first?  (or, does that even exist in scripture?) !!!