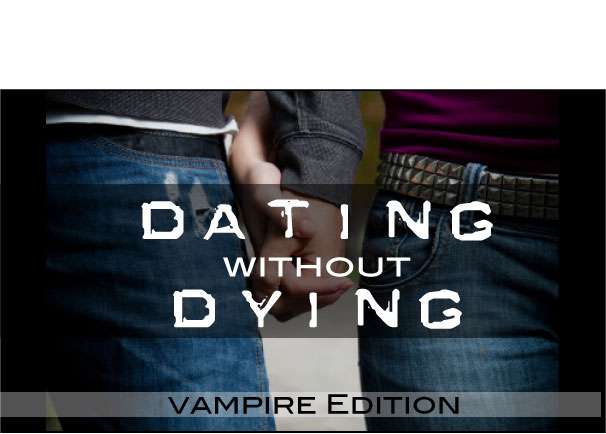 James C Calhourn, Seventh Vice-President of the U.S. – But we know what you really are.

Over the last year, we’ve all been inundated with commercials for the Twilight movie trilogy. In some ways, it almost feels impossible to talk about dating without talking about Twilight (or at least making fun of it). So, for fun, I thought it might be helpful to answer the question: “What do I do if I’m already dating a vampire or werewolf?” Or, what do you do if you merely suspect they are?”

Keep in mind, if you haven’t read my first two blogs on dating, you might want to go back and check them out (Here’s a link to Part 1 & Part 2.)

Now, some vampires are easily detected (because their reflections don’t show up in mirrors). But not all vampires have long-fangs, pale faces and capes. So, here’s a few extra tongue in cheek tips to help you avoid dating a vampire:

Now, first off, if you’re dating a vampire… make sure they are a Christian vampire.  As per our last blog:  Make sure he/she (said-vampire) has at least, 4-7 intimate Christian friends and a ministry in a local church.  Don’t date one of those vampires who’s technically a “Christian” yet has all sorts of “problems” with the local church.  I know that churches and vampires have a long problematic history; and, I know that churches can be less than perfect. But don’t cave on this one.

A lot of Christian vampires have so many opinions about the church that they’re virtually incompatible with it.  Many of them will try to confuse you with intense theories about home-churches or how tithing is wrong (even though they ironically never commit themselves to fellowship OR financial generosity).  They usually have sad stories about how Christians have tried to drive a cross-shaped stake through their chests (at that one youth-group event); but, healthy Christians ALWAYS love God’s church – warts and all. Honestly, I don’t believe it’s possible to love Jesus but not his Bride (the church). Thus, if you’re dating a Christian like this, it’s inevitable that they will “suck the life” out of your spirituality.

But listen to me Loved One:  Have you ever heard of someone biting a vampire and then THEY became normal?  No!  (once again, see point #1, in blog part one).

Lastly, don’t date people just because they have a successful job or academic success. If you were a vampire like Edward Cullen and you could retake your senior year of high-school a hundred times, you’d look smart too.  Indeed, if a vampire was really living up to his/her (said vampire’s) potential, they should be at a Mark Zuckerberg level (which, on a side note, really gets me thinking.)  Long-story-short: If your vampire had 300 years to do something, and they’re still average, this vampire isn’t the sharpest knife in the drawer. (See James Calhourn pic above).

Last, but not least, In part one of my “Dating without Dying” series, I stated that “who you are is who you attract.”  So, if you keep attracting vampires and werewolves, you should consider that, just maybe, you are one.