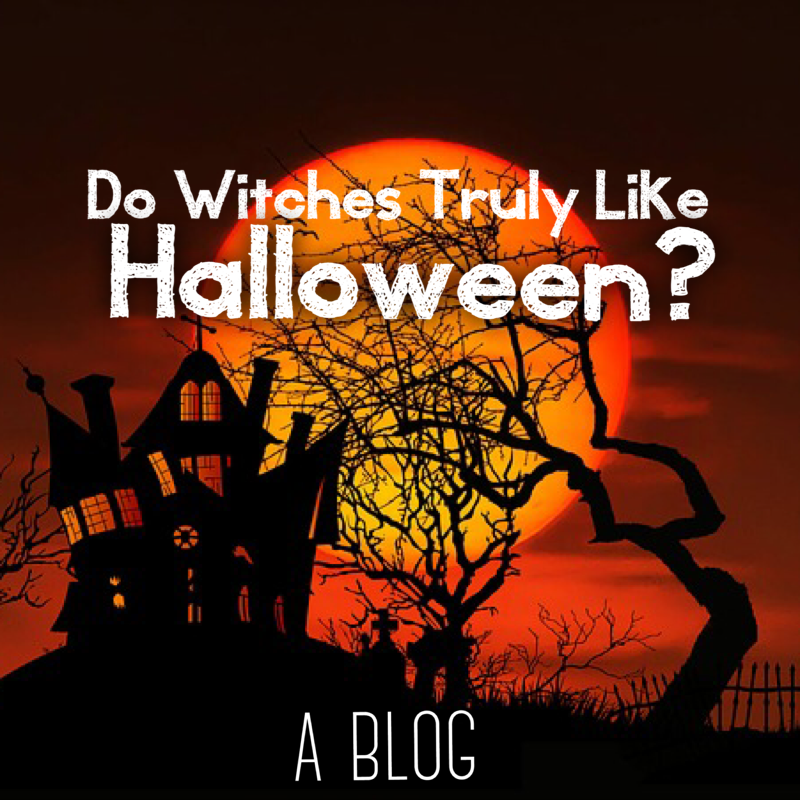 Do Witches Truly Like Halloween? – Insights from the Witch Capital of the U.S.

For most people, witches only exist in the Wizard of Oz; but, it’s actually a serious bona fide religious affiliation. Here in Minneapolis / St. Paul, there are allegedly over 20,000 witches (or Neo-pagans as many of them prefer), And in the Twin Cities alone, there are around 234 active covens. Strangely, we even have “witch” prison chaplains, homeschool groups – even pagan law firms, babysitting groups, and “addiction recovery groups for witches” (for citations, see http://cityvisiontc.org)

Obviously, as a Christian, I don’t subscribe to any of their beliefs. But, our church has led a few legit Wiccans to the Lord over the years. And seeing that Minneapolis is a hub for neo-pagan publishing groups, I really felt like the Lord wanted me to study  some of the newer trends in neopaganism.

But every year, when Halloween rolls around, I always wonder: Do any of these covens celebrate it? How do they feel about broomsticks and cauldrons? And more personally, are they vindictively cursing people like me?

Keep in mind, neo-pagans are about as diverse as they come. There’s not a whole lot of “centralized orthodoxy” to it. Thus, no two witches practice the same.

However, most of them DO celebrate Halloween or more specifically the ancient celtic festival of Samhain (pronounced SOW’en). In some ways, it’s considered the Wiccan new year – the tapering off of Wiccan power – a time of the year when, they believe, the living and the dead can interact more easily.

Keep in mind, many of the traditions of modern Halloween (like trick or treating) were actually started by the Catholic church – which is quite different than all the scary stories of people “sacrificing to demons.” When I researched trick or treating, I quickly realized that many of the origin stories, which many Evangelicals perpetuate, aren’t very accurate (which I’ll talk about in another  blog). But, it suffices to say that, most witches don’t see any of the contemporary concept of Halloween even remotely similar to Samhain. For some, they hate Halloween (just like some Christians hate Christmas) – as it forces them to deal with irritating stereotypes. Others don’t mind the publicity at all. For some, it normalizes their beliefs.

Many covens celebrate with a simple bonfire or “dumb supper” – where they remember their loved ones. Some take it a step further by offering ritual chants to the “Lord of Death” (amidst a few other strange sounding gods) followed by wine.

Interestingly, I was surprised to discover that most witches have no desire to “curse” people as many of them also believe that they “reap what they sow” (to ironically use a Christian phrase). Indeed most of their “spells” aim for health, wealth and love. Yet again, like I shared in my book Pharisectomy, many people, including both Christians and atheists, can find ways to utilize their faith in hateful ways. (Extremist Fundamentalism can be found in every religion.)

Interestingly, 2/3rds of neo-pagans are women. Many of them walked away from their Christian upbringings because they went to Christian churches which denied the role of women as spiritual leaders, or their churches’ denied “supernatural faith” – the idea that miracles still happen.

Sadly, the Bible talks A LOT about women doing ministry and the supernatural “gifts of the Holy Spirit” – like prophecy, gifts of faith, etc. However, the Bible recommends we receive such gifts from a singular HOLY spirit. Unfortunately, many churches settle for a powerless and theoretical Christianity – one that is reduced to theological tenets and rituals – and then we wonder why spiritually hungry people leave to satisfy their spiritual hunger in witchcraft?

Even though the Apostle Pauls commands us to “eagerly desire the spiritual gifts, especially the gift of prophecy” (1 Cor 14:1), many churches prefer to totally ignore the prophetic – out of fear of people getting spooky. (And yes, some people DO get spooky and carried away : ) Yet, as the Apostle Paul ALSO said: “Do not put out the Holy Spirit’s fire. And do not treat prophecies with contempt” (See 1 Thess. 5:19-21).

Even more, the Bible refers to significant “prophetesses” and other prominent positions for female leadership; yet again, many churches rip those pages out of their Bibles to substantiate their narrow patriarchal interpretations.

Quite often, most neo-pagans have never even heard of charismatic theology. When you study many of the tenets of witchcraft, they’re not altogether different than the tenets of prayer, faith and prophesy. (Obviously, I’m not endorsing any of them at all). However, I’m convinced that if Christians simply exemplified the supernatural foundations of Biblical Christianity, many Neo-pagans would happily abandon their weak chants once they see the surpassing power of Almighty God. (And, if that’s you, and you’re interested, here are a few video-casts  that address a few of the supernatural topics you might like : )

Once again, I’m sympathetic towards any of their practices as I’ve also seen a good number of neo-pagans undergo demonic deliverances! (And trust me, once you see a few, I guarantee you, you’re not gonna want to mess around with anything related to it – even some of the hokey stuff like Ouija boards or horoscopes.

To put it simply: There’s a reason why God forbade these practices. (Deut. 18:10). And even more, why would we need to when God has given us many of the same powers through prayer?

However, it still begs the question: Should Christians be celebrating Halloween? I’m going to deal with this question in another blog!another blog!

But my point here is this: Witchcraft is real. It’s a legit growing religious affiliation here in the Twin Cities (it’s tripled in size over the past 20 years). And many of these people have never experienced a legit follower of Christ – or the power of the Holy Spirit

So, when you see all of the kitchy Halloween decorations depicting witches and warlocks, remember, to pray for these people. Christ died for these precious individuals. And if we want to be like Christ, we need to understand them more so that we can think of new ways to serve them with the love, grace, and supernatural power of God.