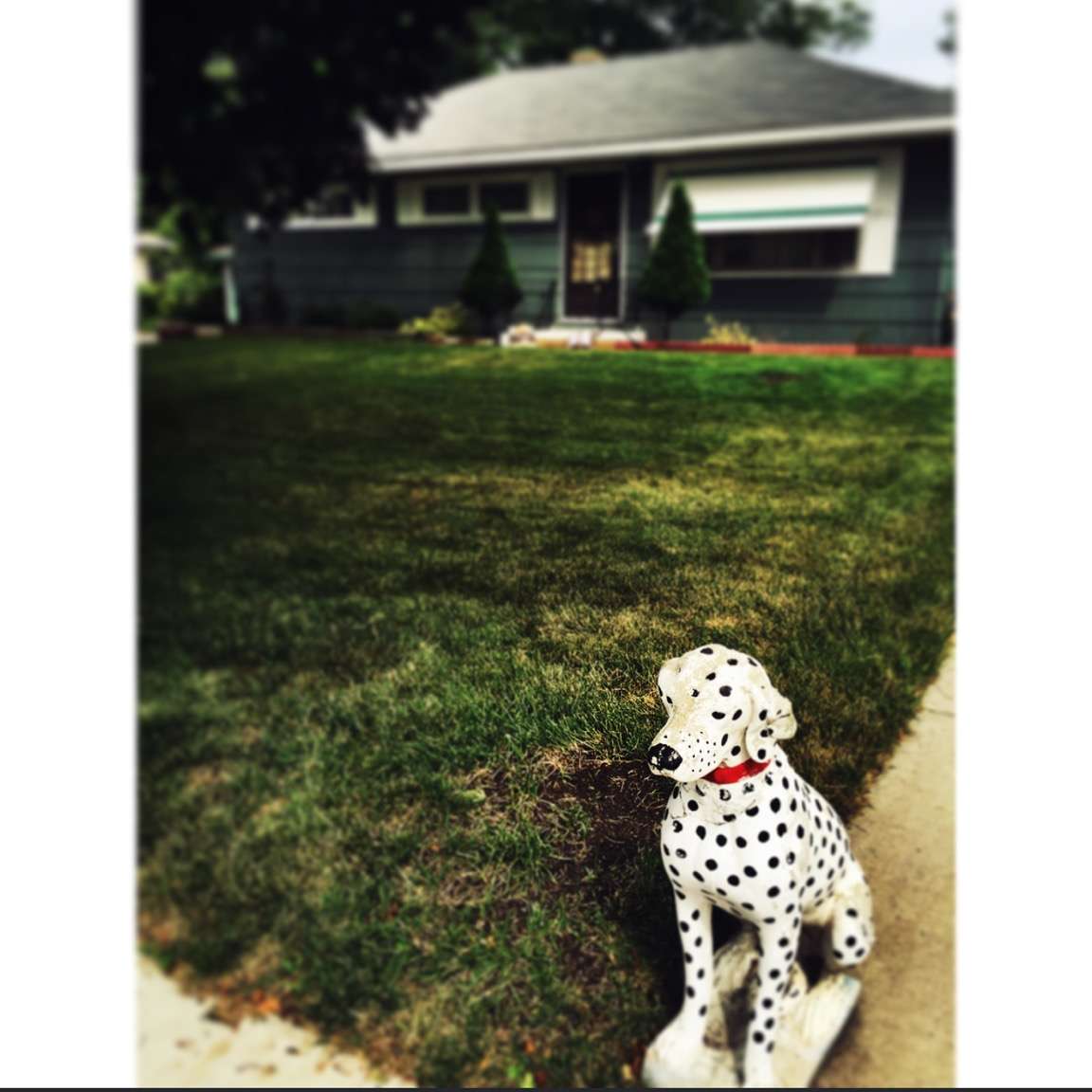 I used to live on a street where people loved to call the police for everything. If someone forgot to grab a bag of leaves from their front lawn, it suddenly became a public safety hazard. I like to think of myself as being a great neighbor. Yet, I’ve had my share of municipal violations—usually for cars parked on the street overnight or non-biodegradable leaf bags. I’m still bitter that they shut down my backyard wood-chopping contest, and I’m surprised more of my neighbors didn’t appreciate the 4th of July when we played tag using bottle rockets and Roman candles. But, all in all, my neighbors are just looking out for me. Deep inside, there’s a small part of me that feels loved, albeit a very small part.

I laugh when I read the police report in our local newspaper. It usually lists all of last month’s crimes and complaints. One of them literally read as follows: “Complainant reported neighbor’s dog was left outside for days at a time. Complainant was concerned for dog’s well-being. Located dog in question and found it to be a statue.” A statue? I try to imagine how this neighbor felt when upon realizing it was a statue. Perhaps this person thought, You know, I always thought that dog was rather disciplined! (In this neighbor’s defense, the police could have arrested the statue owner for having poor taste.)

Nevertheless, judging our neighbors can be tricky because we don’t often see things correctly, do we? Keep in mind: There’s a difference between judging and discerning. When we judge, we often assume we know a person’s motives. But only God can accurately judge hearts.

That’s probably why God’s Word repeatedly tells us to leave judgment to Him. “Do not judge, or you too will be judged. For in the same way you judge others, you will be judged” (Matt. 7:1–2). “There is only one Lawgiver and Judge, the one who is able to save and destroy. But you—who are you to judge your neighbor?” (James 4:12). “Speak and act as those who are going to be judged by the Law that gives freedom, because judgment without mercy will be shown to anyone who has not been merciful. Mercy triumphs over judgment” (James 2:12–13).

The Bible also says that there is a time when judgment is necessary, such as predatory sin in the church (1 Cor. 5). If you struggle with alcohol, it’s one thing. But if you take some youth group kids out to get drunk, it’s quite another issue. If Christians fail to take a stand in these circumstances, then God will actually hold us accountable for our inactivity.

Many Christians fail to realize that there is a clear pattern for biblical confrontation. For instance, if you have a problem with someone, healthy confrontation should always be done gently and with humility (Gal. 6:1–5). It must be done quickly so that it doesn’t cause you to fester or spew on other people (Matt. 5:24; Heb.12:14–15). You need to go to the source of the problem first before you involve others (Matt. 18:15).

So the time you confronted your spouse on the Jerry Springer show probably wasn’t the best idea. Even more, the Bible calls us to assume the best about others until proven guilty (1 Cor. 13:7). Only after these steps have been exhausted should a person involve others (Matt. 18:16) and then finally go public with their the grievance (v. 17). Even then, the audience shouldn’t be a non-Christian audience (1 Cor. 6:1), which again probably means no to Jerry Springer. Besides, wisdom from heaven (as opposed to hell) is “peace-loving, considerate, submissive, full of mercy and good fruit, impartial and sincere” (James 3:17).

To be honest, a huge number of Christian blog posts, sermons, books, and Web sites wouldn’t pass the James 3:17 test. Much of what passes for accountability in the body of Christ is nothing more than demonic critique as we often take our confrontational approaches from the world rather than Scripture. Their actions betray that their real master is the Accuser of others, a fancy name for the devil. As a result, churches are often sucked into gang warfare and doctrinal feuds that leave everyone feeling dirty.

Many of the people who destroy the body of Christ, ironically, do so under the pretense that they’re protecting it. All of us participate in this seemingly spiritual process at some point or another. And part of this shocking revelation occurred to me when I stumbled upon a peculiar text in Genesis.

Genesis 2:9 teaches us, “In the middle of the garden were the tree of life and the tree of the knowledge of good and evil.” These two distinct trees existed at the center of this garden and are very important to this story. We are told that God gave Adam and Eve the ability to eat any fruit with one exception. They could not eat from the tree of the knowledge of good and evil. As the story goes, a serpent offered Eve the chance to be like God if she were to eat fruit from this tree that God had explicitly said to steer clear of. She first resisted but later gave in to the serpent’s logic that eating this fruit would not be a bad thing but would make her like God.

Then Adam also ate the fruit, and both ushered sin into the world, which separated us from our Creator. Everything has been going downhill for us ever since.

As a younger Christian, it was hard for me to rid the cartoonish image of Adam and Eve standing around with apples and fig leaves. So after reading this text as an adult, there were three things that struck me as profound:

1. This Wasn’t a Normal Tree: Remember, this was a knowledge tree. And what are you ingesting when you eat from a knowledge tree? We ingest worldviews. We ingest ideologies and information. A knowledge tree is similar to a textbook, a library, or the internet. Over the years, I’ve gotten so caught up in the Sunday school image of this as a literal fruit tree that I’ve missed a profound point. Seeking knowledge apart from His presence and life results in death.

2. The Temptation Appealed to Her Desire to Be Like God: We all want to be more like our heroes, don’t we? Young people dress like their favorite rock stars. Little kids emulate every word of their parents (even words we hope they never hear). Likewise, I believe the devil saw this same positive desire in Adam and Eve. They wanted to be like their Heavenly Father. Yet the devil exploited this desire to a destructive end. The devil specializes in creating false paths to godliness. In fact, that’s actually a good definition for religious sin, a plan to achieve godliness that goes beyond God’s parameters.

3. It Wasn’t Just Evil Knowledge That Led to Death: Good knowledge also rests at the source of all sin: rape, genocide, torture, lying, gossip, and so on. I realize that it almost sounds like a paradox. How can good knowledge result in death?

One time I got into a spat with my wife. Anyone who’s been married for any period of time will understand what I’m talking about. And in this particular argument, I was absolutely positive that I was right. I was determined to prove my rightness no matter what the cost. I remember that final moment when I finished the perfect argument. I felt like Tom Cruise’s character in A Few Good Men. As I started basking in my glory, she stormed off and didn’t want to talk to me! What? Part of me expected her to stay and perhaps smile at my brilliance. I thought at least I’d get a “thank you” for leading her back to the truth.

Over the years I’ve learned a profound marital lesson: You can win the battle yet still lose. The same is true with God. Rightness and godliness aren’t always synonymous. Remember, the right thing at the wrong time in the wrong way is the wrong thing. You might be able to argue that you are technically right, but if you’re not in sync with God, you’re actually wrong.

So, as you contemplate your next “tough conversation”, ask the Lord to give you the wisdom to approach not necessarily in the “right” way, but in the Godly way.