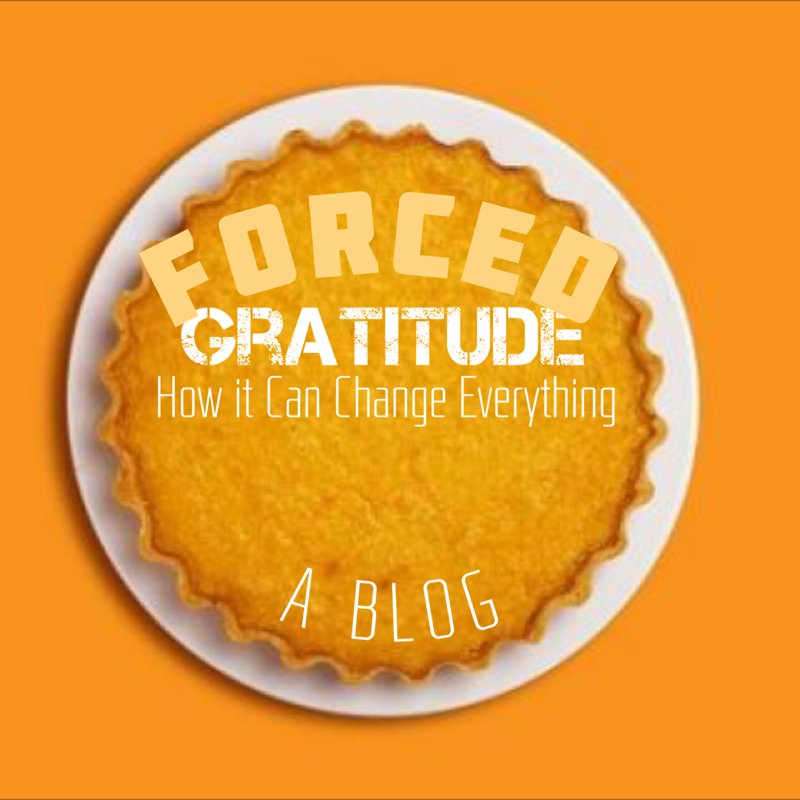 Forced Gratitude: Research shows, even Insincere Gratitude can transform us.

Over this Thanksgiving weekend, I’m super thankful for an amazing year at Substance. It’s been a 21 year dream to launch a national level album. And I’m thrilled that it climbed to #24 on the mainstream charts (even if it was only for a short time). And by the way… if you haven’t seen it yet, we just launched the brand new lyric video for the song “Hanging” off our new album (Click Here)!

So, if you’re feeling anxious today… I have a fascinating little trick for you that can change everything.

As a kid, I used to think that thanksgiving was a silly holiday… a day requiring insincere gratitude and traumatic family meals.

For starters, does anyone in the world actually like cranberry sauce or mincemeat pie? Of course not…or we’d be eating it all year long…(and some weirdo is thinking, “that sounds amazing.”
Don’t get me wrong: if the pilgrims could taste green bean casserole, they would say to themselves, “it’s all been worth it.” But why not Turkey Fajita’s or something?

As for family, thankfully, I happen to have level-headed relatives… But I know many people who dread seeing family this time of year. So, to help you out, I want to share a fascinating piece of advice that just might change the way you see your relatives, even thanksgiving.

A while back, I found a fascinating study on human emotions. In the October 2011 issue of the Journal of Experimental Psychology, a study revealed that if a person “gave thanks” or said positive things out loud about a person or situation, it tended to subtly alter their emotions towards it. To be statistically precise, test subjects were 17% more likely to declare a person as likeable if, on an earlier occasion, they were forced to make the declaration over a specific person.*

They had test subjects look at pictures of random people. They were told to declare positive or negative things about specific individuals. And later on in the study, they were asked to rate their feelings towards the people in the pictures (the same ones they were shown on an earlier occasion). On average, the individuals experience a 17% boost in positive feelings towards the people they were forced to declare positive things over, suggesting that both positive self-talk and forced gratitude still has a profound affect on us.

In some ways, this shouldn’t surprise us. After all, the Bible’s said all along: “The tongue has the power of life and death, and those who love it will eat its fruit” (Prov. 18:21). Thus, the Apostle Paul told us, “Be filled with the Spirit…giving thanks always for all things to God.” (Eph. 5:18,20)

But what’s interesting to me about the study I just mentioned is that, it proves our emotions tend to follow our declarations – even when they start out as obligatory or insincere. As you’d imagine, this could be the very thing that transforms your troubled relationships.

So this thanksgiving, take a little time out to journal about all the things going good in your life. In the end, blessings have to be savored in order to truly be enjoyed. But ALSO try giving thanks for some of the people who irritate you. Take a few minutes to write or talk about their redemptive qualities. By the end, you’ll noticed a change in your heart. Even more, you’ll start to see some of those frustrating people the way God see them. I’ve had some of my greatest spiritual insights after doing little “thanksgiving meditations” like this. So try it. You’ll like it. (Say that 5 times out loud).

In the end, gratitude is a preserving agent in our jobs, marriages, and families. I’m not saying that you’ll suddenly love butternut squash. And your uncle Mike’s political opinions might still repulse you. But, you just might sit back on Thanksgiving night with a smile on your face and say: “God, thank you for all of this.”

Ps. If you’re looking for a small Christmas gift… consider giving someone our new I/O album or my newest book, Broken Escalators or Pharisectomy. (At Substance, we’ll be selling em in the foyer in Dec.!)

P.p.s., And again, check out the new lyric video we filmed for the song “Hanging” off our newest Substance I.O. album! It’s stinking cool: https://www.youtube.com/watch?v=dzaFJxGNQrc – And if you like it, post the link!!

* This study came from the October 2011 issue of the Journal of Experimental Psychology: Animal Behavior Processes