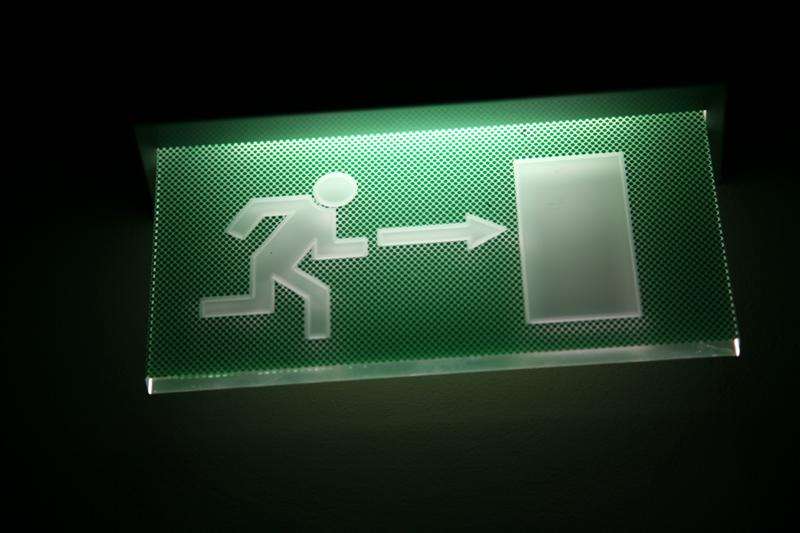 Of course, it’s impossible to fully address Why, When, and How to leave in a short 3-part blog series.  It’s like writing a short blurb on when to stop being married, or, when to stop being a friend.  Real life is extremely complicated.  So keep in mind, if you’re seriously considering a church-switch, you’ll probably need to get an objective Christian mentor (who does not attend your church) in order to help you make a healthy decision.  So before we dive into How to leave a church, let me point out a quick resource.

Perhaps one of the best pieces of advice I could give would be to read the book Necessary Endings by Dr. Henry Cloud.  Over the years I’ve watched many pastor friends cling tightly to dysfunctional staff or church members (who should’ve been nudged out years ago). And I understand why.  Sometimes it’s hard to let go.  Sometime people have unrealistic expectations. And when this is the case, the most traumatic thing a church could do is endlessly negotiate — especially when, quite often, God is the one who’s orchestrating the transition.

In situations like these I always try to get objective advice from dynamic leaders who really know me and my weaknesses.  But the book Necessary Endings is also brilliant in that it’s all about “when to stay or give up” on relationships (staff/church/or otherwise).  And it gives many insightful lists that have enabled me to discern:  When are we negotiating with unteachable, unrealistic or simply foolish people.

But before we discuss How to leave a church, it’s important we understand the difference between changes that are HARD verses changes that are BAD.  For example, when anyone leaves a church it requires change.  Change often results in a grieving process.  But just because a change is hard and requires grieving doesn’t mean it’s bad or harmful.  Ironically, the cost of not changing is quite often the most harmful action of all.

For example, at my last church I had a staff member transition off our staff.  Everyone kept coming to us looking for dirt.  And if they had gripes about me, they’d go to him.  And if they had gripes about him, they’d come to me.  Of course, none of these people realized that this staff member and I were still good friends.  Don’t get me wrong:  Like every close relationship, we had our spats.  But both of us knew that these were nothing unusual.  And both of us knew that our individual interests won’t always stay in sync with one another.  Yet, even still, people kept trying to bait us into giving them dirt on one another by casually whining to us about the other person.

Throughout the process the Lord revealed a lot of immature behavior in the people around me.  Transitions always reveal people’s hearts.  It was sad listening to people puke up their opinions; but, in the end, I became painfully aware of who in my church was mature enough to process change well.  Quite simply, people who are cynical or hurt will automatically assume “hard” changes are “bad” changes.  So, they’ll automatically go on a witch hunt, seeking to demonize one-party or another.  Yet, ironically, this tendency is the very thing that makes a transition dysfunctional.  In fact, the Lord has a word for this behavior.  It’s called dissension.  And it’s on a short list of the things God “hates” (Prov. 6:19).

As a pastor, I regularly have to make complicated decisions.  At my last church, I had a key leader get angry about one such decision.  And after he vented to numerous people, I had a line of angry people at my office.  Of course, none of these people had the whole truth.  I could have easily used my position to defend myself. Yet, every time I felt like the Lord thundered out, “Don’t you DARE say a word.”

Numerous times, I felt a bit angry at God for this.  I was like, “God, I could set everyone straight by sharing my side of the story.”  Yet, every time, the Holy Spirit would whisper, “Allow ME to defend your reputation. Psm.55:22″  And, this was really hard because, over the next couple years, I kept getting flack from misinformed people over that same decision.

At times, it felt like God was taking his sweet time defending me.  Yet, sure enough, the character of that particular leader was eventually revealed.  All of that person’s friends eventually came back and apologized to me.  And in the end, I saw God’s wisdom in having me keep my mouth shut.  Looking back, I could have created an unnecessary church split.  And looking back, God not only defended our reputation, but has since paid us back in-full for those hurts we endured for his church.

You see, our opinions (even if they’re right) can still result in the death of those around us.  Being “right” doesn’t make us “in sync with God.”  And whether you’re the one leaving, (or being left), we need to honor God by avoiding the process of dissension.  So, with this in mind, let me end by sharing a few practical tips on HOW to leave a church.  Many of the tips below came from the book: Simply Strategic Stuff  by Tim Stevens and Tony Morgan:

– Make sure you talk directly to the person you have a problem with.  Quite often, God is using conflict to deepen our relationship with one another.  In fact, if you have the love of God in you, you won’t shy away from having these conversations, even though they’re uncomfortable.  Don’t involve other people until you’ve made repeated attempts to communicate.

– Even if nothing is wrong: Meet with your pastor or spiritual leader (if you’re the one leaving) – or with your team-member (if you’re in charge).  Even if it’s a painful conversation, there’s something powerful about these conversations.  Allow yourself to be “sent” with the blessings of the house.

– Don’t back off your giving, small group involvement, or ministry involvement before you leave.  And don’t leave unless you have a clear direction as to where you are to go.  Master gardeners know that you never uproot a plant without a clear place to relocate it.  It’s flat out dangerous.  Besides, “slow fading,” as I call it, is usually a sign that we’re avoiding a necessary conversation. Besides, people who “sow generously” as they leave, will likely “reap generously” where they’re going.  Don’t be afraid to leave well.

Once Leaving is Clear &/or Inevitable:

– Keep in mind:  Not every transition needs to be based on “disagreements.”  Sometimes God just wants to reallocate his troops.  Sometimes God has different things for different people in different seasons.  Whether you’re staying or leaving, let’s be suspicious that “God is at work,” rather than cynically assume that “someone is at fault.”

– Don’t discuss with anyone in the church or on staff your complaints about leaders.  Or, if you’re a leader (or “stayer”), don’t use your platform or board-room influence to vent.  If you need counsel, get it from someone out of town. Only involve inside people on a “need-to-know” basis.  God does not take kindly to people who embroil others into their personal offenses (see Heb. 12:14-15).  And even if our gripes are justified, God will absolutely demote us if ignore a culture of honor. (Study David verses Saul in 1 Samuel 24ff.)  God’s Word teaches us that we can honor others even when we disagree.

While You’re in the Process of Leaving/Resigning:

– Don’t talk negatively to anyone.  People will come to you with their gripes and complaints because they want the inside scoop.  Resist!  Instead: Talk freely about everything you’ll miss at the church.  Talk about the things you love, the stuff you’ve learned, and the way you’ve grown.  Besides, positive thinking keeps your own heart pure (Php.4:8).  It enables you to continue hearing the voice of God.

After you Are Gone:

Sometimes people gripe about the stayers or leavers because it makes them feel better about the change.  It’s easy to demonize people in order to motivate ourselves to embrace change.  But it’s simply foolish.  Besides, many bridge-burners will soon realize that, they might need that same bridge later on in life.  Again, focus on the positive things you’ve learned.  Entrust judgement and restitution to God, not gossip or politicks.

– Keep in mind, people will always grieve when changes happen – even healthy changes. If you’re leaving due to unresolved frustrations, the folks at Granger Community church advise:  “Consider not going back [to] the church for a while.  Give the church the time to grow and move on without you.”  And this may not be the best advice for all situations.  If you’re leaving a genuine cult, then you’ll naturally want to rescue as many people as possible.  But 99% of all church situations I hear about are not clear “black & white” moral issues.  So remember, if we are really walking in love, we’ll put God’s church above our personal interests.  And sometimes that means giving certain relationships “space” to grieve.  In the meantime, let’s trust God to sort things out with complete justice.  After all, he has a better knack for this than we do.