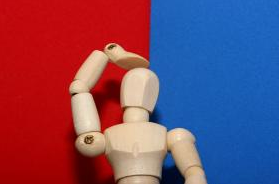 How to Recover from an Election Season with a Lasting Smile!

No matter who wins in an election, it’s rather amazing that anyone can recover from an election season without bruises. Everyone’s got a crazy uncle who lays on the guilt.  To boot, there are literally billions of dollars spent demonizing opponents.  It’s like a national mud-slinging contest that everyone is forced into.  As a pastor, I hate elections because, no matter what I do or don’t do, it makes people mad at me.  And there’s an increase in depression that occurs – no matter how the election turns out.  It’s also interesting to note that suicide attempts dramatically spiked over the last few days.  And these are all reminders to everyone that something is seriously wrong with the system – even if we got the candidate that we wanted.

On one hand, it doesn’t surprise me.  People who don’t have a Heavenly Father have very little to trust in aside from politicians.  But we, who believe the Bible, know that justice comes from the LORD and is meted out according to his Word.  And this should cause all of us who believe to experience a peace that doesn’t make sense (Php 4:6-7).

For example, Psalm 46 says that God can altar the political landscape in the snap of his fingers: “Nations are in uproar.  [But God] breaks the bow and shatters the spear.”  2 Kings 7:18 shows us that God can change an economy overnight.  2 Chron. 7:14 conditions the healing of a nation upon God’s own people.  I.e., If God’s people alone would humble themselves, he would heal our nation.

Ironically, I’ve noticed that even when people get the candidate they wanted, they still aren’t fulfilled, and worse, they tend to pray less for the government – something we are commanded to do regardless of who we voted for (1 Tim. 2:1-2).  Besides, scriptural precedent shows that, God can even speak through an “ass” (Num.22:21f KJV : ). Thus, even if your candidate didn’t win, I believe that God can descend upon a politician and sovereignly use them for his own purposes.

Simply do a Bible study on Nebuchadnezzer during Daniel 4:28-37, or Cyrus in Ezra’s time.  Or consider the Roman emperor Constantine in the 4th century.  History tells us that God supernaturally showed up and revealed himself to this heathen military leader.  As a result of this quasi-conversion, Christianity went from extreme persecution to extreme favor – changing the church forever.

For example, Nebuchadnezzar learned the hard way that any leader who operates outside of Biblical parameters will experience a curse.  Indeed anyone who denies a Biblical lifestyle embraces the same lot.  King Belshazzar, (Nebuchadnezzer’s successor) was cursed for not learning the lesson of his predecessor.  Daniel told him:  “the Most High rules over the kingdoms of the world and appoints anyone he desires to rule over them” (Dan.5:21); therefore, God rebuked Belshazzar:  “You knew all this, yet you have not humbled yourself.  23  For you have proudly denied the LORD of heaven and have [denied Biblical values] God has numbered the days of your reign.” Indeed, that very night he lost his life.

Even Moses wasn’t exempt from God’s accountability.  Because he led outside of God’s command, the LORD refused to allow him to enter His Promised Land.  God doesn’t do this because he’s mean; rather, it’s because he loves us.  Like I mentioned in Pharisectomy, God disciplines us because he doesn’t want us to “touch the hot stove” so to speak.  And if we’re desperate for a good touch, go for it.  See how it goes.  I’m certainly not going to judge you.  But one thing I know for sure:  “The sorrows of those will increase who run after other gods” (Psm 16:4). Or Psm 20:7 says, “Some trust in chariots and some in horses but we will trust in the name of the LORD our God.”  Ironically, God still called his people to build & craft chariots (just like he calls us to influence our society by being active citizens); and yet, we are simultaneous taught not to “trust in it.”

So, the real concern we should have is not:  Did a Democrat or Republican win; because we know in scripture, God ALWAYS becomes the ultimate winner.  And he “causes all things to work together for good for those that love him” (Rom. 8:28). And if this is true… our focus should really be on “loving him” above all else.  Besides: We know how the story ends.  Thus, our real concern should be this:  Have we surrendered to the Ultimate “Commander-in-Chief?”  Because, if we do this…joy is the only thing that awaits us.