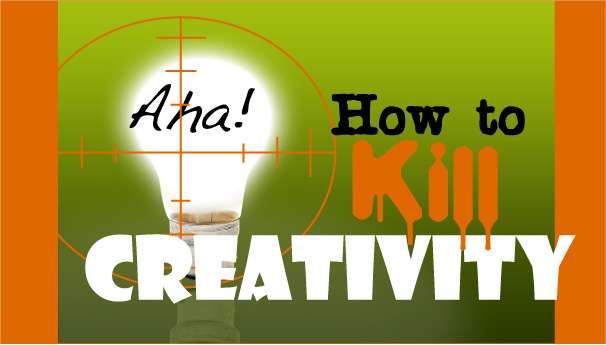 How to Scientifically Increase (or Kill) the Creativity of Your Church

Creativity is an essential component for my job.  From the humor of my book Pharisectomy to creating a fresh sermon series, I’m always looking for inspiration. My closest friends know that I obsess over script writing and music production.  And especially as Substance makes plans to launch into some serious films and albums, I’m extremely protective about who I allow into my creative circles.  And understandably so: creative teams can make (or break) a project.

Thankfully, there’s been a lot of research on the “science of creativity” that has been revolutionizing the way I lead at Substance. And if you depend on creativity for your job, then pay attention; because, the following research could change everything about how you “create.”

For example, group brainstorming has some fascinating benefits, but ironically, research now shows, creativity is not one of them.  Researchers are now calling the expression “group brainstorming” an oxymoron.  This is partly because, when it comes to “idea-generation,” studies show, people tend to maximize their creativity when they work alone.  And if you’re a bit skeptical to this idea, I totally understand.  But consider the following evidence.

Imagine if I placed a jar of jellybeans in front of a team of people and asked them to guess how many jelly beans were in the jar – a test that researchers have performed countless times.  Like most groups, you’d start with a debate about the best way to calculate this.  After debating for a while, the group would decide on the best method for calculating, and then make their best guess.  Yet ironically, research shows, this is worst possible thing a group could do.

Counter-intuitively, the most accurate way to determine how many jelly beans is to force each individual to devise their own method for guessing.  And then, after everyone gives their best guess, to make an “average” of the guesses. It’s a proven fact that, whenever numeric or analytical accuracy is concerned, group brainstorms almost always hurt accuracy.  And the same is true with creativity.

A University of Minnesota study found that, for every person you add to a creative brainstorm, both the quality and quantity of ideas tend to go down.  (That’s right, I said down).  In fact, another study found that when people were allowed to create in privacy (rather than groups), their productivity in both quantity and quality increased by a factor of 10!  But why would more people hurt creativity?

(A). Most Humans intrinsically value harmony & acceptance over great ideas:

Part of it is because human beings have a “social over-ride.”  Researchers believe that our desire to be accepted almost always trumps our desire to have good ideas (even accurate ideas).  Hence we only share ideas that we believe will create group consensus the fastest (or placate the leader).  The very fact that we have to constantly remind people in a brainstorm that “no idea is a bad idea” is a testament to the fact that most of us don’t believe it.  Research has shown that the only people who can “turn off the fear of critique” are sociopaths or people who are secure at the top of the authority structure.  But there’s another reason why adding people to group brainstorms can hurt creativity…

Human beings generally have a harder time with “mental focus” when we are around others.  Some people use the term “sideways energy” to describe this bleed of mental bandwidth. For example, back in the 1990′s we were told by trendy business books that open floor plans at the office would increase creative collaboration.  But research has found that the exact opposite is true.  Ironically, open floor plans are proven to increase stress, turnover, and decrease memory and motivation – not to mention dramatically increase sick-days.  I.e., Our brains simply don’t multi-task as well as we’d like to think in social environments.  And all of the same symptoms tend to result from creative meetings that aren’t structured right.

Then why do we love “group brainstorms?”  Truth be told, there are many scientific benefits to a group brainstorm.  Group creative processes are great for creating social cohesion and trust.  When we stumble upon an idea with other people, it makes us feel good about the group.  Thus, insecure or creatively fractured groups tend to prefer group brainstorming as it creates a clearer family system.

However if creativity, innovation and accuracy are truly your priority, research suggests a few tips:

(1) Encourage “Passive Collaboration:“ Passive collaboration is any form of communication that allows time for processing (such as emails, discussion boards, online wiki’s, etc.).  Research shows that, the only time group collaboration out-produces “solitary creativity” is when passive collaboration is employed (i.e., “Solitary” Group-Collaboration).  And thankfully, there are many technologies like google docs and wiki software to enhance this.

Here’s why:  Introverts are slower processors by nature… which ironically makes them terrible in group brainstorms – even though they are statistically more likely to be creative.  But even with extroverts, studies show, if you want great ideas, you’ve got to create “think space” for people.

For example, over the years, I’ve done a lot of brainstorming for sermon series and Christmas productions.  One of the best ways to generate ideas is to email a bunch of questions to people.  As always, I give them a deadline and tell them I want a low-pressure one-on-one presentation the following week.  And without fail, they generate 10 times more ideas than they ever would have contributed in a group.

(2). If you insist on creative meetings, plan out “solitude times.”  I.e., Create short study hall moments throughout your meeting (E.g., 15 minute silent brainstorms) where everyone muststop talking.  This type of brainstorming meeting is beneficial because, whenever I assign “creative homework” you’re bound to only get ½ of the people to truly do it.  Thus, the homework gets done in class.

(3). Encourage Semi-Anonymous Contributions:  Remember, most people will subconsciously avoid sharing ideas out of fear of rejection – no matter how much you tell them the opposite.  Also, humans tend to automatically defer to the strongest and most extroverted people in the room – (which is why a brainstorm with 8 people is usually only a brainstorm with 2 or 3).  Again, people only share the ideas they think the dominant personalities will love.  Because I’m usually the top dog in the room, I realize that people are filtering their words a bit differently because of the position I hold (for better or for worse).  Yet, I can’t afford to run with the wrong idea.  Some people have an irrational fear of rejection; others don’t know when to shut up & let others talk.

So, here’s a way around this.  I call this the “Balderdash Technique” – and yes, it’s inspired by the classic board game.  For those of you who haven’t played it, you’re given a strange word, like “Fibbleswitch” and then everyone has to make up a fake definition for the word.  A facilitator will read all of the fake definitions while mixing the real definition into the list.  And in the end, everyone votes on which definition is the right one.

Every time I play this game, I’m shocked by the creativity that comes out of certain players – people I never imagined to be creative.  I.e., Anonymity causes people to take creative risks.  Hence, the “Balderdash Technique” is when you allow anonymity to be a part of the process.  Thus, if you’re brainstorming sermon series titles, allow people to submit them to a public marker-board. People might walk by the board… laugh at people’s creativity — which in turn stimulates their own — without politics.  Or, sometimes, I’ll hold a sudden ”private vote” during meetings.  Whether you’re counting jelly-beans in a jar or brainstorming new worship songs – let people contribute in a politically liberated way.

But the moral here is this:  If ideas are the goal, engage a process of passive collaboration.  If group cohesion is the goal… then do group brainstorms to your heart’s delight.  But if we, as creative leaders, can’t discern the “right tool” for the job, we’re going to waste a lot of energy carving sculptures with screw-drivers.

For Citations and further Reading… Many of the above research can be found in numerous books.  But there are two books which inform a large part of this blog:  See “The Invisible Gorilla: How our Intuitions Deceive Us” by Christopher Chabris and Daniel Simons.  (this book has research like the “Jellybean Jar” experiment).  For the lions share of the research, see chapter 3 of the book “Quiet” by Susan Cain.  She makes the case that classic brainstorming methods are the product of hyper-extroverted American business culture; and how introverts, who are generally the more creative types by nature, are selected against.  (But it’s a must read for Extroverts too).