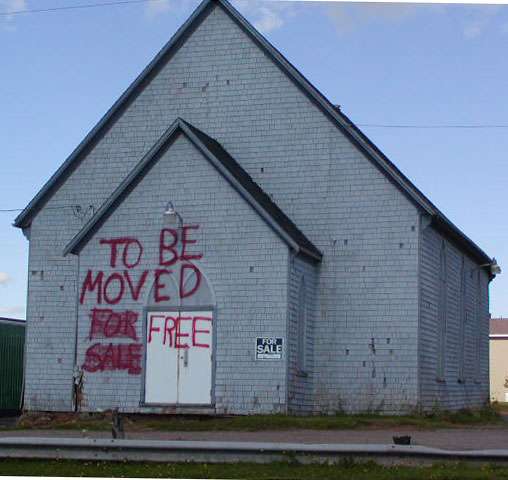 If you’re a Christian in Wisconsin, Illinois, or Indiana, get ready: U.S. district judge, Barbara Crabb, recently made a move to strip ministers of a critical tax-benefit that helps everyone – regardless of religious backgrounds.  The goal of this legal change is simple: to economically sink churches. And the Freedom from Religion Foundation that has been financing this lawsuit hasn’t been bashful about their overall goals (review their name again if you have questions). So why hasn’t there been more people raising hell about it? (Er, …poor choice of words).

Part of the reason this landmark case has gone under the radar is because most people don’t understand why it’s critical for states to recognize ministerial benefits.  Many of you are thinking: What tax benefits is this referring to? Allow me to explain.

Most people receive tax benefits for owning their homes; but, certain ministers qualify for extra benefits. Historically, state governments have recognized a well-researched fact:  Most ministers don’t make much money; yet, they simultaneously bring in massive economic and social benefits to their cities.

Like I showed in my previous blog, the presence of a church in your city statistically decreases property crime, drug abuse (Fagan 2006), suicides, assault, burglary, larceny, (Bainbridge 1989) and drop-out rates (to name just a few things). (Regnerus 2000; 2001) But this is what blows my mind:  Most churches exist due to the work of only one or two full-time ministers.  Yet amazingly, on average, a single church annually contributes around $140k/yr to poverty alleviation; plus $115k/yr to community development (things like addiction recovery; elderly care and after-school mentoring) (Boddie, et al. 2001). Naturally, this results in significant savings to municipalities who would otherwise spend much larger premiums for both insurance and law-enforcement.  Also, the average sized church (200-400 members) brings in around $4.2 million dollars a year into their community (as churches function similar to conference centers). For more research, David O’Reilly’s article “What’s a Churches’ economic worth”

Because of these statistical benefits, which are unique to churches (& the ministers that run them), state governments decided to incentivize ministerial tax benefits. Quite simply, research shows that tax benefits like these ultimately end up decreasing municipal costs ten times over – which was the same reason why the federal government also decided to protect churches against zoning discrimination (RLUIPA – Sept. 2000). The motivation for states granting these benefits wasn’t religious; rather, it was economic. States cared about child-outcomes. They cared about balanced budgets and lower crime rates.  And, at the time, there wasn’t a negative stigma being given to the church by organizations like the Freedom from Religion Foundation.

Ironically, the Freedom from Religion Foundation is liberating EVERYONE from positive cash-flow, from healthy kids, and from inexpensive law-enforcement. Of course, this foundation isn’t really interested in community outcomes. I learned this first-hand when they came into my small hometown to sue everyone related to an old statue of Christ (see picture below). If they really cared about statistical community outcomes, they’d be fighting to equip positive atheist groups with similar benefits – rather than stripping communities of protective factors en route to their religious inquisition. If research showed such benefits for atheist organizations, I too would hope that states would support incentives for them too. 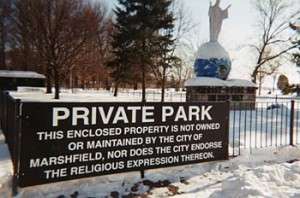 Hopefully, the folks of Wisconsin, Illinois, and Indiana will wake up to this meaningless inquisition – one that’s bad for folks of all religious backgrounds – including athiests.

Also, click here for more info on how a church positively affects a community:

Secondarily:  Those who are trying to fleece churches and communities often make the following arguments.  So, here are a couple of those arguments.  But do they really hold up?

“Ministerial tax benefits represent preferential treatment to Judeo-Christian Worldviews. I.e., It’s not fair that Ministers should get tax benefits but not others.”  Contrary to popular perception, most scholars argue that the vast majority of religious based discrimination is actually done against Christians (see scholars like Paul Marshall, Lela Gilbert, & Nina Shea).  Not surprisingly, the Pew Research Foundation, Newsweek, and the Economist all have recently published articles arguing that Christianity is now the world’s most widely persecuted religion. If “equality” were truly the goal, the Freedom From Religion Foundation would be seeking to add similar benefits to other non-religious groups that qualify – not strategically strip them from Christian ministers.  Personally, I would happily support tax benefits towards atheist groups who can show their statistical benefits on society.  And because this debate is being skewed as “religious,” it’s easy to miss a more objective research-driven approach to tax laws.  A simple cost-benefit analysis would make this debate completely different.