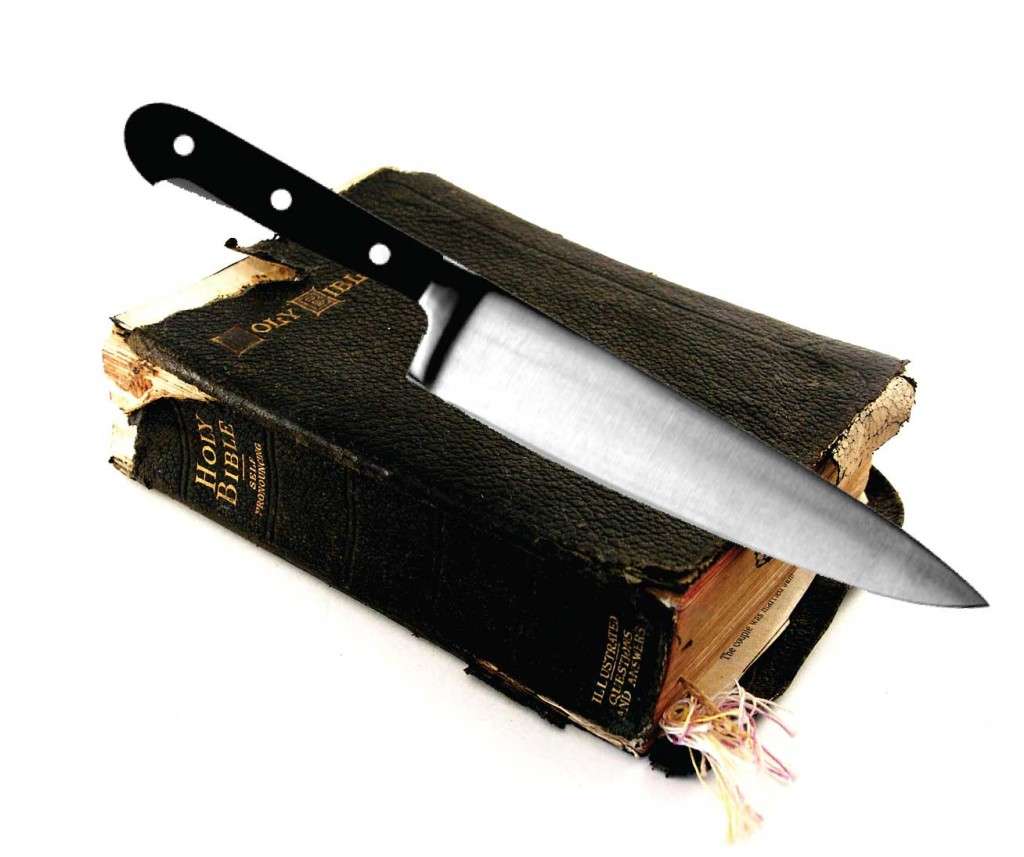 Study finds: Psychopaths Like To Pastor! (How to Know if Your Pastor is One of Them)

Posted On December 6, 2013 By Peter In Leadership

“What are the most common vocations for psychopaths?” – a question that research psychologist Dr. Kevin Dutton recently sought to answer with his nation-wide “Great British Psychopath Survey.”[1]  After having people rate themselves with a standardized psychopathy test, he had them give employment details.  Strangely, “Clergy” ranked 8th most likely profession for psychopaths!

Honestly, this didn’t surprise me.  You have to be a little crazy in order to deal with people. But your next question is probably this:  How do I know if my pastor is one of them? So, to help you out, here’s three possible indicators:

(1).  Do they punch people who don’t tithe?  On occasion, non-giving church attendees will complain about or critique something about the church – (and it’s usually something that would likely be improved if more people were giving).  Quite often, when these types of people vent to me, I sometimes mentally punch people. However, if your pastor ACTUALLY does this, he/she may be a psychopath.

(2). Do they hold people underwater extra long during baptisms?  They may say it’s because: “immersion baptism is more Biblical than sprinkling; ” but really, there could be a naughty little motive there.

(3). They make the children in the Kids Ministry reenact the Stoning of Stephan: “But, it’s a BIBLE story!” they will object. But keep your ears perked.  “Silence of the Lambs” may sound like a catchy Passover sermon series; but, don’t be fooled.

But seriously:  Why would the profession of clergy rank so high on the psychopathic scale?  Keep in mind, this was a survey of British people. [Insert your own British joke here]. British mainline denominations often require applicants to scale a rather formidable academic and political landscape – two ingredients that favor the psychopathic gift-set. However, it’s also relevant to mention that clinical “psychopathy” doesn’t mean that you enjoy killing people. In fact, psychopaths aren’t necessarily violent. They may be more likely to be ruthless, fearless, and mentally bored; but they’re also noted for being charming and focused.  The existence of psychopathic attributes doesn’t mean they’ll be lawbreakers either.  Ironically, law-enforcement ranks as the 7th most likely profession – after CEO’s, lawyers, media personalities, salespeople, surgeons and journalists.

But why clergy?  Honestly, it takes a lot of guts to be a pastor.  People can be ruthless. Relative to many preachers, I’m not all that controversial; yet, I constantly get mean posts on facebook or cyberstalkers who want to berate me in front my kids.  One study found that 50% of American pastors would quit today if they had another economically viable job option (for more thoughts on this, see my previous blog).  So, if you were a person – say, a psychopathic personality – who was less inclined to be emotionally moved by the endless stream of opinions, you’d probably excel at pastoring.  If you noticed, most of the high-ranking psychopathy jobs are high-pressure vocations that require tough public decision-making.  As we say in Myers-Briggs consulting, your greatest weakness is often your greatest strength.  The real trick is to maximize its benefits while minimizing its downfalls.

But, all that said: if you harbor a secret desire to drown kittens yet, simultaneously desire to preach the word, don’t become a pastor.  As I shared in my book Pharisectomy, there are already enough ruthless Christians.  Instead, become a lawyer.  Besides, you’ll get paid better.

[1] See pg. 162 of Kevin Dutton’s book: “The Wisdom of Psychopaths: What Saints, spies and serial killers can teach us about success.” (Scientific American, New York).