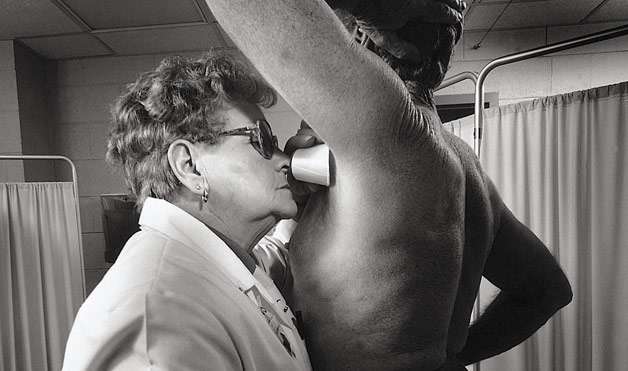 Study finds: The Quickest Way to Increase Job Happiness is…

When life gets tough, we all have a tendency to condition our happiness upon things that, according to research, simply won’t change our happiness all that much. After writing an entire book hitting some of the statistical causes of happiness, I continue to find more “research gems” that blow my mind.

According to the May/June 2016 Scientific American Mind Magazine, if you struggle with happiness, you might be better off looking at your friendships more than your income.[1] To be more specific: People who were given an $11,000 raise were only 2% more likely to be happy. But people who made friends with happy people were 15.3% more likely to be happy. That’s why, instead of giving my staff raises, I simply introduce them to happy people. (Not really… but, for a few of them, it’s tempting).

But all jokes aside, think about how profound that is: Our moods are far more affected by our friends than most other things in our circumstances. Over the years, I’ve watched this play out hundreds of times: I’ve had friends go through terrible situations with amazing courage due to their friends; and, on the other hand, I’ve also watched people poison their attitudes and literally wreck their careers simply because they had discontent or depressed friends.

As I showed in my book Broken Escalators, there’s been a lot of research on sports teams proving that “the morale of the team” operates quite independently of their win-loss record. For example, researchers studied various sports teams who were completely dominating their competition. Thus, you’d think they’d be happier than their “loser” counterparts. After all, these were the teams who were more likely to achieve high levels of financial and performance success. Yet, ironically, many of these same teams were plagued with depression, discontentment, and low morale. So, what’s up?

Quite often, these teams had “problematic team-mates” – (people who had a tendency to project their personal problems, insecurities and wounds onto the team). So, researchers discovered, when people serve on a team with a few negative or discontent friends, they tended to catch and spread negativity like a virus. Naturally, this resulted in a paradoxically low morale for the entire team, even though their circumstances suggested they should be happier than ever.

Thus, in light of this research, it’s critical for us to be aware of “social viruses.” Just like the flu, discontentment has a bizarre way of spreading through various ministries, families, and workplaces – even when circumstances and health might be surging. Like the apostle Paul said, “if one part suffers, we all suffer with it” (1 Cor. 12:26). And sadly, research also suggests that negative emotions are significantly more contagious than positive ones. (See my other blog on this : )

So, how do we resist this? How do we avoid this contagion? Well, the Bible suggests that thankfulness and worship are critical if we want to avoid self-deception (see Romans 1:20ff). But, even more, if we want to be happy, we have to give ourselves to a constant lifestyle of “relationship pruning.”

Don’t misunderstand me: I’m not suggesting we alienate people in our lives who are going through hardships; after all, nobody’s perfect; however, I am definitely saying that, sometimes, healthy boundaries are the foundation of personal health.
Deep down, we all know if the people around us are spending time in God’s word or if they’re filled with the fruits of the Holy Spirit (love, joy, peace, patience, kindness… etc.) There’s a huge difference between Christians who consistently renew their minds in the presence of God verses those who don’t. (And if you’re not sure which camp you fall in, simply ask your friends and family!)

I always tell other leaders: most of our teams are simply “one tough conversation away” from a breakthrough. Every time I’ve ever removed a bad-apple from a team, it’s almost amazing how quickly the morale can recover. And, I’m sad to admit, I’ve allowed my church and staff to go through many low moments simply because I wasn’t willing to deal with problematic people fast enough.

And the same is true with our personal lives. Setting up boundaries with certain people can be difficult. Choosing right friends doesn’t mean you get to feel right – at first. But Proverbs 12:26 says, “The righteous choose their friends carefully.” And over time, you will reap the fruit of your decisions.