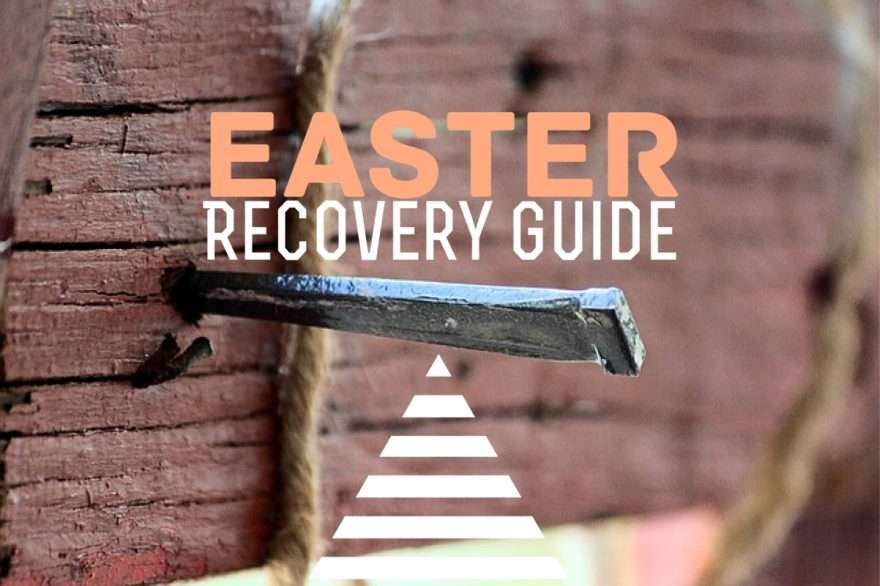 Have you ever had a “Holy Hangover?” “What is it?” you ask? Well, it’s a numb euphoria mixed with exhaustion and shepherding stress.

For years, as a senior pastor, I used to hate Easter. Part of it was because every year our church would experience record lows in attendance on Easter – partly because 70% of our church was under 34 years old. And because they weren’t the “matriarch or patriarch,” they’d all run off to Mom or Dad’s church… & post their family pics from the “church photo booth” down the street. So when all my friends were tweeting out their record numbers, we’d be scratching our heads in defeat.

But keep in mind… a lot of pastors post numbers that are totally inflated (and if you want a good cynical laugh, see footnote 1 below).1

Of course, our Easter numbers are completely different now. We now have become a “holiday destination church” over the years.  And, yes, we’re NOW breaking records each year. However, (1). I don’t post them on social media; & (2). If I could be really vulnerable… these numbers don’t actually “fulfill me” anymore. And honestly, they’ve never actually fulfilled me.

For example, I remember about eight years ago, when we first broke 5000 at a holiday service. It was fun. But within a short time all I could think about was: How can we break that on a normal Sunday? Or, I remember when my first book Pharisectomy hit an Amazon best-seller list, you think I would’ve just stopped and celebrated for a good year. But, all I could think about is… how can I get the message out more?

“WHAT?!” You say. “How can those numbers not move you!?” YES, I love seeing lost people find Jesus; and YES, success always brings a brief boost to my mood. But despite these wins, guess what: “[my] soul finds rest in God alone” (Psm 62:1). And yours does too! God never intended our ministry accomplishments to fill us (which is why we’re always panting after the next level 🙂
Having preached over 19 Easter Sundays in two different senior pastorates, allow me to describe my typical week following Easter: Once the adrenaline wears off, there’s a tidal wave of questions that follow: “What do these numbers mean?” And some years you’ll ask: “Did our growth gimmick just temporarily suck a bunch of transfers out of ANOTHER church?” And other years you’ll ask: “Did the other churches’ gimmicks just temporarily suck a bunch of transfers out of OUR church?” (If you pastor long enough, it will go both ways 🙂

So, dearest pastor / leader / random-weird-person who’s interested in pastoral mindsets… allow me to give you some advice:
(1). Shut up and Rest: Never analyze your church the week after Easter. If you continue to break the Sabbath commandment, you will soon break the other nine. Pastors that get addicted to holiday-highs usually get addicted to other silly things.
(2). Don’t Compare Your Numbers with other Churches: You’ll either over-inflate your successes or cheapen your victories – neither of which are good for you. Besides, we all tend to compare numbers without comparing back-stories. Substance’s greatest growth years often happened during the years when our holiday numbers were low. And our plateau years, ironically, often immediately followed our “record-setting” service years.  So, really, if you’re trying to derive a lot of meaning from your Easter numbers, once again, refer to point #1. Shut up and Rest.
(3). Savor “the One” Story: Every Easter you’ll have that “one person” who turned their life around. It’s easy to forget: that person is someone’s sister / brother / mom or dad. As a pastor, I believe that gratitude is God’s favorite form of worship after Easter. So, ponder this: “Those who lead many to righteousness [will shine] like the stars forever” (Dan. 12:2).

And let’s pray this out together: “Heavenly Father, thank you for allowing me to be a part of your great end-time harvest. Every weekend that we get to serve you is a treasure. And it’s amazing that you’d reward us for this! So as we rest, fill us with a renewed sense of hope and encouragement. We love you.”     Amen?

Footnote 1:  How pastor exaggerate their numbers:  (Step One). Have all of your kids workers do a super hard-sell for salvation. Then count all of these “kid-decisions” into your total. Then you ALWAYS look like you had huge numbers. (Which, by the way, we never include kid-decisions… only adult decisions); (Step Two). To inflate your numbers, add all of your Good Friday Service attendance numbers to your Easter Sunday numbers (even though a huge number of these people are duplicates); (Step 3). When you add extra services for Easter, count all of your volunteers and repeat attendees in the total (i.e., you have a huge number of hardcore people who’ve attended two, sometimes 4 services). (Step 4). When you give your salvation call… have people simply raise their hands and count them. If you force people to fill out a card, or even more… do a text-number for salvation, it will decrease the number.

Now, obviously… I’m joking about the four steps above. We don’t do ANY of these things. And we certainly don’t publish our numbers online. YES, it’s O.K. to celebrate wins with your volunteers. But, I try to do that in ways that avoid social media.

Over the last 2 decades of full-time ministry, I’ve made a lot of ministry mistakes!  There are messages I wish I could take back – meetings that I should have never called.  There are some days when I’m totally amazed that anyone has stuck with me over the years!

For example, for those of you who’ve read Pharisectomy, I wrote about the time at my first church when I cussed in the pulpit – forgetting that the children’s ministry shared a thin wall with my auditorium.  You see, pastoring is a lot like quarterbacking… most of our mistakes happen in front of people.  Thankfully, however, we don’t have to learn from the school of hard-knocks.  Instead, we can learn from wisdom.

As a church that’s filled with up-and-coming leaders, I’m constantly being asked:  “What are some of the most common rookie mistakes that new pastors and full-time ministers make?”  So over the next week, this blog series is going to focus on some of my top mistakes as a rookie pastor.  [Click here for Part Two;  Part Three; ]

But Part One’s Rookie Mistake is this:

I Underestimated the Power of Spiritual Warfare:

We’ve all read Ephesians 6:11-12.  We all know that there are “spiritual forces of evil” who have “schemes.” But the reason why Paul reminded us of this is because: WE FORGET!  Leaders experience a constant temptation to falsely assume our problems are with people (a.k.a. flesh and blood) when they’re not.  The devil is a “thief” whose mission is to “destroy” (Jn. 10:10).  He robs us of energy all the time with silly things.

The Bible repeatedly shows him whispering half-truths into people’s ears (Mt. 4).  He even whispered to a boy, “throw yourself into a fire and kill yourself” (Mk.9).  And his attacks are very strategic.  Which is why the Bible says that Satan waits “until opportune time[s]” (Lk. 4:13).  And this is especially more common for those in leadership.

For example, most of you reading this blog have a boss, mentor or “upline” that you answer to.  I want you to think about this person for a second because, quite likely, that leader has more spiritual attacks than you do. They possess an influence that the devil wants to erode. And the devil doesn’t “play fair.”  He’ll attack this person’s kids, health, finances and emotional energy.  And if you’ve got any weaknesses, he’ll even use you to launch his attacks.

By this point, you’re probably thinking:  “Well, I’m in leadership too.”  And, yes, that means you too have a target on you.  Unfortunately, as a immature leader, I was slow to see this.  As a result, I burned a LOT of emotion getting caught up in staff drama.  I.e., I mistook spiritual warfare for “leadership problems.” And because I thought my problem was “flesh and blood,” I also turned to earthly solutions, like politicking vs. prayer.

One morning, I woke up to a buzz of crisis texts.  One staff member was adding drama.  Another local pastor had posted disparaging statements about our church – even though his information was wrong. Then I suddenly got word that I needed to prep another message for a speaking gig that someone else cancelled on.  Yet I desperately needed a day to get ahead.  The day before, I felt like I was about to score a touchdown.  Yet, today I felt like penalties had taken me all the way back to my own end-zone.  Have you ever had a day like this?

Everything in me wanted to go into crisis mode.  I felt so anxious that, the last thing I wanted to do was pray and read my Bible.  Yet, even still, I forced myself into a posture of submission.  That day I read 1 Samuel 2:9 “It is not by strength that one prevails.”  And after a long sigh, I decided to lay everything down before God.

Within minutes, it seemed like every crisis began to resolve itself!  The local pastor called and apologized… admitted his information was all bad.  The staff situation was being mitigated by another person on my team.  And suddenly, my speaking gig got cancelled.  I remember the moment when I sat in my office thinking:  “Whoa!  Was it really that simple?”

So, do you have any relational conflicts that are nagging you today?  Has someone’s decisions / critiques / social media posts gotten under your skin? Have you considered that your real problem (and real solution) could be entirely resolved in prayer?

Like Jesus said to the Apostle Peter (on the night he was betrayed), “Don’t you realize I have twelve legions of angels available to me.”  Indeed, if we live by the sword, we die by the sword.  So wherever you minister, stop swinging your sword over staff tussles, fears, or ideological disputes.  Ironically, you could be the very person being used by the devil to bring strife into your church.  So stop.  Pray.  And why?  “It is not by strength that one prevails.”