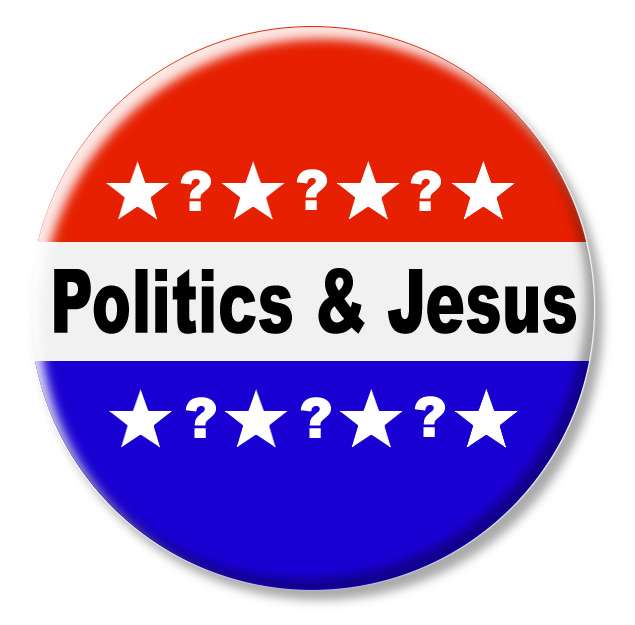 The Complicated Collision of Politics & Spirituality

I LOVE to sing “God Bless America” out loud while I vote. And, yes, I always have to make up a few words; but, nobody really knows them all, right? The important thing is that God blesses America through my contagious patriotic singing.  Sure, the person in the voting booth next to me usually has a strange smirk – probably because I also dress up like Uncle Sam. But I think that voting is a big deal.  Unfortunately, most Evangelical Christians disagree with me.

Did you know, in 2006 only a little over 30% of American Evangelical Christians voted!*  Can you believe that?  It’s almost ridiculous when you think about how apathetic we are. A lot of Christians get worried about mixing politics with Bible advocacy – and understandably so.  Political debates are fraught with dangerous over-simplification.  Political policies are formulated out of thousands of complex disciplines… from economics to sociology to legal theory (subjects that most of us know very little about).  So, when we “attach God” to some politician’s over-simplified stump speech, we often reduce faith to a narrow political stance.  That’s partly why most non-Christian Americans see Christianity as a political position than a spiritual experience.

But there’s the opposite extreme where Christians abandon their God given right to protect people. To me, it’s shameful to even think that 70% of Evangelical Christians didn’t even bother voting.  That’s probably why Minnesota had a record number of passionately anti-family politicians before 2010. Many of the laws that were passed were downright shameful when held in the light of Scripture. And “not preventing” evil deeds is the same as committing the evil deeds.  So, we’ve got to weigh these two extremes in the balance.  And if you’re interested, I did an entire teaching series on this in Oct.2008 called “Jesus for President” (available for podcast on itunes only).

But, whatever your world-view, at the very least, take time to do the following 3 things:

(1) Really Study the Issues:  It always shocks me how little people know about the topics.   But don’t just take anyone’s word for it (including mine).  Do your own research. What are your values?  Create a list and then prioritize them.  If you’re a Christian, evaluate the Scriptures to see what God values.  Then prayerfully prioritize them. And keep in mind: Not every political issue is a clear “Good” vs. “Evil” (even though the pundits like to make it such).  So no matter what side you vote for… don’t buy-into this type of legalism.

(2). Study the Candidates Before You Go to Vote: Do their values line up with yours? This requires TIME. (I spend several evenings evaluating each race according to my list.)  I’m always tempted to write-in “Jack Bauer” for president (or any race where I’m unsure.)  But there’s a better way.  If you need help learning where candidates stand, check out voter guides from organizations like this:  http://www.mnvoter.com/

(3). No Lame Excuses about Not Voting:  Keep in mind: your employer is obligated by law to give you time off the morning of election day to vote… without docking pay!  I.e., It’s paid time-off to vote (without counting it as vacation or personal time!)  See the statutes [here]

Also, if You know of a Minnesotan college student who studies OUTSIDE of MN, email them [this link] for an absentee ballot.  Or, If You’re from Wisconsin & won’t be home… [click HERE]  (Wisconsinites and Iowans are key battle states for deciding the presidency : )

But here’s the Point:  Jesus said that we are the “salt of the earth.”  Keep in mind, salt was a preserving agent, a substance that kept things from rotting.  But this will never happen if we can’t even get Christians to engage in the issues!  We’re salt stuck in the salt-shaker.  As the English statesman, Edmund Burke, once said, “All that’s necessary for evil to triumph is for good men to do nothing.” And I’m not saying that we should over-politicize the Gospel.  But it’s hard to claim any belief in social justice without voting. So let’s take this privilege seriously.

* For a research driven Child-rights Argument for the Marriage Amendment, click the following:  MarriageAmendment-ChildRights