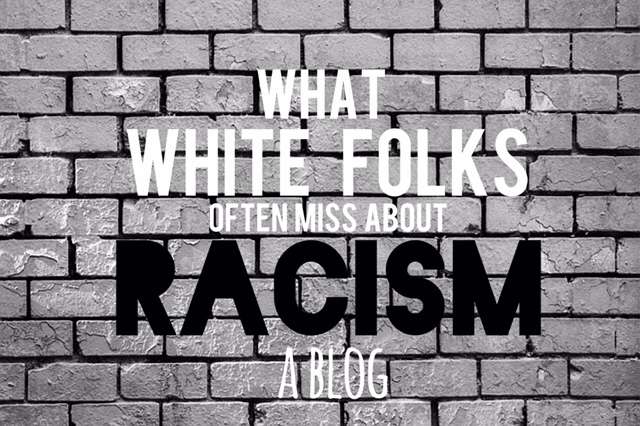 Honestly, ever since I heard the news of Philando Castile yesterday, my heart has been trembling. Part of it is because it happened right on the heels of Alton Sterling in Baton Rouge… and our city still hasn’t gotten over Jamar Clark, nor should it. And when you add snipers in Dallas – murdering innocent police officers – it makes you wonder: What on earth is going on?

Do I believe that every one of these tragic young black deaths are directly race related? Only God can judge hearts. Ironically, the officer involved in Philando’s death yesterday was a minority too. And my prayers tonight are definitely going out to the officer’s family, as well as the families in Dallas who lost a loved one to an equal injustice.

I’ve heard many people say: “Give the officers the benefit of the doubt” after all, “some of these victims were armed and many of them had crazy intent” – to which I say, “O.k. That seems fair.” If I had to risk my life everyday dealing with unreasonable people, and then I was forced to make a split second decision in the dark, I could see why tragedies happen.

So what do we do here? I have numerous Godly officers in our church who’ve had to endure endless accusations of racism – just for doing their thankless jobs. I also have numerous African American’s in our church who legitimately fear for their lives if they were ever pulled over. But before you mindlessly choose a side and vent it on Facebook, I think it’s important for everyone to sort through the bigger problems here.

Hopefully, we all agree that ALL lives are precious. And like Martin Luther King Jr. stated: “Violence only begets more violence.”

I’ve noticed that, with each shooting tragedy, many white folks, myself included, have tended to obsess over the minutia of each individual tragedy: “Well, was he a public menace? Was he resisting arrest? Was he armed? Do we know for a fact that the officer was racist?” – questions that are all valid.

But, if I could be honest with my analytical friends: Even if a person WAS resisting arrest and being a public menace, does it really merit a death sentence? Surely there’s got to be a better way to police people – while keeping ALL lives safe. Even more than this, when white folks like us focus on details like this, it looks like we’re intentionally trying to ignore the greater systemic issues that African Americans have to deal with on a regular basis. Unfortunately, many of the “pro-police” folks are just coming off as “aversive racists” (racists who express their racism passive-aggressively); and Black Lives Matter folks are just coming off as “Nobody matters except for Blacks.”

So, for a moment, can we move beyond the foolish debate of “who’s lives matter more” to the real issue at hand: the broken system that undermines trust. And if you’re tempted to say, “What broken system?” – consider the consider the following jaw-dropping research compiled by Jeff Nesbit – a contributor to U.S. News:

So, you can understand why most African Americans tend to distrust law-enforcement – and why that distrust tends to create a cyclical problem of people “resisting” – a problem that makes it dangerous to police people. Unfortunately, this is just the beginning.

Much of this “fear of the system” is engrained early on. “Black pre-schoolers are far more likely to be suspended than white children, NPR reported. Black children make up 18 percent of the pre-school population, but represent almost half of all out-of-school suspensions. Once you get to K-12, black children are three times more likely to be suspended than white children. Black students make up almost 40 percent of all school expulsions, and more than two thirds of students referred to police from schools are either black or Hispanic, says the Department of Education.”
In the workplace, black college graduates are twice as likely as whites to struggle to find jobs – the jobless rate for blacks has been double that of whites for decades. A study even found that people with “black-sounding names” had to send out 50 percent more job applications than people with “white-sounding names” just to get a call back.
And the higher up the pay scale you go, it gets worse: For every $10,000 increase in pay, blacks’ percentages of holding that job falls by 7 percent compared to whites.”

So, in light of this: Stop and feel the pain of those facts. After all, each of these stats has a casualty behind them… someone’s son / daughter; sister / brother who’s life was completely sidetracked because of one of these injustices. And this is just the tip of the iceberg.

Coming back to these shootings, its important you understand, most majority Americans tend to see these deaths through the filter of “forensics and hooliganism;” yet, many minorities have a much broader and more painful narrative in mind: They see a rigged system – designed to fatalistically funnel their children into becoming another stat. And when you absorb the stats above, could you blame them?

So it begs the question: How do we counteract this? Well, for starters,
(1). Be extra sensitive about spouting your opinions on social media: There’s a broader narrative that’s looming below the surface. These tragedies are just a flashpoint for a deeper issue. So, don’t get caught up debating the details of an event. There’s always a deeper issue that might be causing it (And that tip could help your marriage too! 🙂

(2). Get educated about the bigger narrative of racial inequality. Substance partners with an amazing organization in our city called Transform Minnesota. They’re doing amazing things to facilitate racial reconciliation. And even better, they are putting on several events to help folks like you and me get more involved in changing things. My wife has been a part of the board at Transform. And every time she comes home from a meeting, she’s blown away by the good things going on right here in the Twin Cities.

(3). Be intentional about helping Substance develop minority leaders: As a senior pastor, I have always gone out of my way to recruit and develop minorities on our staff. At one point, white men were the minority on Substance’s full time roster.
Unfortunately, our staff is constantly changing. And, even though we’ve been way “above average” in the past, if I could be super honest, it’s been a constant struggle for me to make sure that our staff represents the diversity of our city. Truth be told, we have some work to do. And I want everyone to know that diversity is truly a value here. However, I need YOUR help to do it.
In the book of Acts, they had a similar diversity problem in Acts chapter 6. Grecian Jews were feeling marginalized by the Hebraic Jews. So the Apostles went out of their way to appoint seven dynamic Grecian Jews who could help resolve some of the tensions.
If you read the text carefully, the Apostles didn’t exclusively take on the burden of discovering and developing the talent. Rather, they put it back on the people: “Brothers and sisters, [YOU] choose seven men from among you who are known to be full of the Spirit and wisdom” (Acts 6:3). And when the whole church participated, it says, vs. 7: “So the word of God spread. And the number of disciples in Jerusalem increased rapidly.”

Let it be so of our church. Let’s stop deferring responsibility upon others. Let’s take ownership, and watch God move.

In the meantime, be praying for everyone involved in these shooting tragedies. I can’t even begin to imagine the pain that many people are feeling right now. So, let’s be sensitive. Let’s be self-aware. And lets sow peace into the hearts of everyone we talk to. In Jesus’ name.