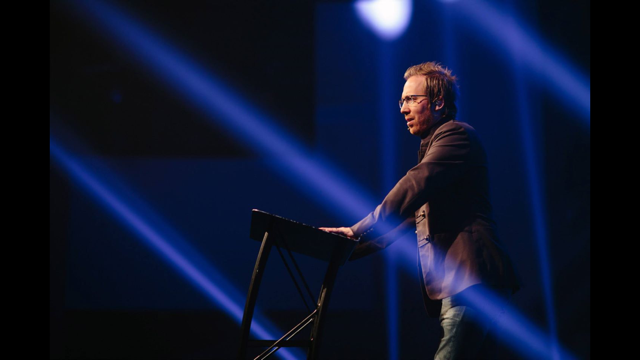 Why Church Attendees have the Best Sex of Any Demographic in the U.S.

One of the most comprehensive and methodically sound sex studies ever done found that consistent church attendees have a significantly higher frequency and intensity of orgasms than the general population of the U.S.[i] Even more exciting, women who attend church more than once a week experience even bigger, (cough), …you know what I mean.

But this is hardly the only study to find this. According to another University of Chicago study, researchers found that church goers not only experience more personal satisfaction but also rate their sex partners as “extremely enjoyable” significantly more often than other demographics.[ii]

So, it begs the deeper question: If church goers are the most sexual satisfied and orgasmic demographic in the U.S., then why are they the least consulted group when it comes to great sex? Part of it could be that Christians are often known more for “what they’re against” more than “what they’re for.” Ironically, however, although church-goers are often accused of being “close-minded” and repressed when it comes to sex, the research begs us to consider that, perhaps, the opposite is actually true.

No matter what the cause of this misperception, I think church-goers need to shout from the rooftops: “We have better sex than you!” After all, it’s “Good News.” And we should share it with the world! (Of course, we should be mindful about where we shout this). And as we do, we needn’t shout in judgment, but rather celebration.

However, if we’re going to shout this, we better be ready to explain WHY this is true – and not merely using scripture verses, but by using scientific evidence as well.

So, for the remainder of this blog, I’d like to do just that! And specifically, I’m going to give you three research driven reasons to explain why church attendees have significantly better sex.

(2). We Don’t Participate in Pre-marital or Extra-marital Sex:

Contrary to popular myths, research also shows that: “married sex” is significantly better than non-married sex: To be specific, “Always married” people rated sex as “extremely enjoyable” by a factor of 22% over single people – a huge statistical margin![vii] It turns out, deep commitment, trust, and good communication are critical for long term sexual enjoyment – not optional.[viii] Besides, the old adage goes, “practice makes perfect” – which is difficult when you switch partners on a regular basis.

(3). We Participate in a Powerful Aphrodisiac called “Church”

Now, it’s important to notice that I never once said: “Christians have better sex.” Rather the research says, “consistent church attendees have better sex.” The reason this distinction is important is because, the research shows, Christians who attend church infrequently (like, once a month) actually had the lowest sexual satisfaction rates of almost any demographic![ix]

Some have suggested this is because, loosely committed Christians know their sex lives could be better (as they interact with some of the most orgasmic people in the U.S.) However, they also don’t live-out the above mentioned values with the same gusto. Thus, some conjecture that their heightened awareness (coupled with guilt) makes them the most unsatisfied group of all? Thankfully, if this is you, the remedy is easy: Get Your Butt into Church!

Besides, as you’ll soon read in my upcoming book, if you go to church regularly: you are 22 percent less likely to be clinically depressed,[x] you’re more likely to manage your life better,[xi] your time better.[xii] You’re more likely to complete degrees,[xiii] achieve other academic milestones,[xiv] and you’ll likely have increased “mental well-being.”[xv] And as if these benefits weren’t enough, regular church attendees live significantly longer than the general population[xvi]—seven to fourteen years longer than non-religious people![xvii]

At this point, some of you are thinking: “But my church is terrible!” My response to this is: You probably just need to find the right church. And if you need a little help on what to look for, I put a few tips at the final foot-note.[xviii]

But coming back to the amazing benefits of church attendance: If these statistical likelihoods are playing out in your life due to your stellar church involvement, you’re likely to be less stressed out. And it’s not a shocker that, a happier, highly successful, and relaxed individual is going to be able to experience better sex.

Or, as an alternative explanation: quite possibly, God is simply true to his word: When we “seek first the Kingdom of God, and His righteousness, all these things [that the pagans run after] will be added unto you” (Mt. 6:33).

There’s one way to find out: Ditch your sexy vampires and other unrealistic romance novels. Instead, ask this question: What if God’s Word was right all along? “Planted in the house of the Lord, they will flourish” (Psalm 92:13).

If you are looking for dating advice — or are wondering how to invite God into your dating relationships, click here:

Do you want a boat-load of more shocking stats? Link to my blog: “50 Shades of Truth: 50 research driven stats that will change how you see the world!”

Also, This study has been quoted in many places: http://www.slate.com/blogs/xx_factor/2013/07/19/the_family_research_council_argues_that_christians_have_more_orgasmic_frequent.html – Also see the University Chicago Study: “The Social Organization of Sexuality”

[vii]  To be specific: The 1992 “National Health and Social Life Survey” found that 88 percent of always-married people enjoy having intercourse with their current sex partner extremely or very much. Compare that to 72 percent of divorced or separated people and 66 percent of single people. linked here: http://popcenter.uchicago.edu/data/nhsls.shtml

[viii] Some theorize that married couples are simply “naive and inexperienced” and therefore don’t “have as many comparisons.”However, this doesn’t explain the massive 22% disparity. Keep in mind: Comparisons go both ways. The argument to explain this disparity is that: Church-goers don’t “know what they’re missing.” (I.e., they lack an adequate comparison). Thus they “naively score partners higher.” However, the logic doesn’t follow. If a person has a lot of partners (and therefore can make “sexual comparisons”), they would have both “positive and negative” comparisons not just “negative ones” – which is the alleged reason for a lower rating. (See the book “Stumbling on Happiness” by Daniel Gilbert to debunk these happiness ratings).

[x] M. Baetz, L. Balbuena, R. Bowen, The Canadian Journal of Psychiatry, April 2013, as quoted by, Graeme Hamilton, “Attendance at Religious Services Lowers risk of depression, study finds,” National Post, Oct. 4, 2013. Study followed 12,582 people from 1994 until 2008 who were “not clinically depressed.” Researchers made the interesting comment: “[There is] Some ingredient of the religious experience other than behaviours, networks or attitudes alone [that] probably contributes to the benefit.” i.e., There was some mysterious and perhaps “divine” ingredient that caused people to be happier. Eighty percent of those followed by the study came from Christian denominations. Frequency of attendance decreased frequency of depression even well beyond 22 percent.

[xii] Freeman, Richard B. 1985. “Who Escapes? The Relation of Churchgoing and Other Background Factors to the Socioeconomic Performance of Black Male Youths from Inner-City Tracts.” National Bureau of Economic Research Working Paper No. 1656.

[xvi] L.H. Powell, L. Shahabit, and C.E. Thoresen, “Religion and spirituality:  Linkages to physical health,” American Psychologist 58 (2003): 36-52… as quoted in the book: Loneliness: Human Nature and the Need for Social Connection, by John T. Cacioppo (2008) pg. 261, “Those who go to church more than once a week enjoy even better health than those who attend only once a week.  Overall, the reduction in mortality attributable to churchgoing is 25 percent—a huge amount in epidemiological studies.”

[xviii]   How to Find a Good Church?    The top 3 statistical predictors of church satisfaction and spiritual growth are: (1). A church where your whole family can make a lot of intimate friends; (Quantity of Christian friends is the top predictor of growth). (2) A church where your whole family can get super involved in ministry. If you and your family doesn’t have a “weekly ministry” in your local church, your odds of satisfaction and growth plummet; & (3). A church where you love the senior pastor. Don’t be “called to a church” but not to the pastors. It’s like being “called to your kids but not to your spouse.” It won’t be a healthy long-term environment. Overall, Christians have millions of opinions on church that have very little affect on statistical outcomes. I talk a lot about this topic in my book Pharisectomy: How to Remove Your Inner Pharisee and Other Religiously Transmitted Diseases. Look for a pastor you can relate to—someone who’s not afraid to wrestle with the inconvenient truths of Scripture yet is simultaneously life-giving (see James 3:17). I personally wouldn’t go to any church that allows its traditions to trump its practicality. Nor would I go to a church that doesn’t actually believe-in and experience present-day miracles. When churches talk about a resurrected Christ with no ongoing resurrection power, it’s rather ridiculous. But whatever you do: don’t become one of those “independent Christians” who floats, listens to podcasts, and who pretends to do home churches. When we’ve been hurt by pastors or churches, it’s easy to over-react and embrace extreme models of church that aren’t conducive to long term growth. Pretty soon, we have so many opinions on church that we’re functionally incompatible with almost every imaginable church. Yes, the bride of Christ (the church) may have a few warts, but the blood of Christ (that heals us), flows through the body of Christ (his church). A deep connection to an imperfect church might cause a little damage; but a loose connection to church will cause certain damage (Heb. 10:24-25).