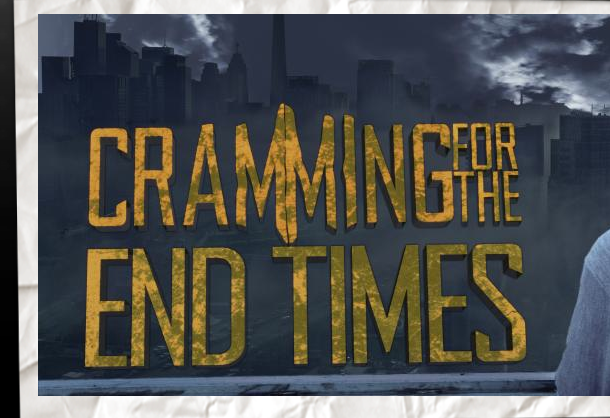 In 2008, 16% of Americans answered yes when asked, “Do you expect any apocalyptic events to happen on December 21st, 2012?”  That’s one out of every eight.  Personally, this would simplify Substance’s Christmas plans as our Christmas services will start blitzing on Dec. 22nd.  And even if you don’t believe this date has any special significance, people are still obsessed with the end of the world right now.  According to the Pew Research Foundation, about one in five Americans believes that Christ will return in the current generation.  And about 20% say earth’s life expectancy is just a couple of decades.

Recently, someone asked me:  Who are these Mayans?  What did they allegedly say? And why should I believe any of it?  Again, many of you may remember my teaching series, Cramming for the End Times;  however, I never really addressed the Mayans.

Keep in mind, the origin of the Mayans is still a bit unknown.  But they occupied the region that is now known as the Yucatan of Mexico, extending down through Guatamala, Honduras, and Belize.  (It’s the same place where you spent that one terrible spring break in Cancun.)

But what made the Mayans unique is that they were obsessive time-keepers – inventing mathematically accurate calendars which are impressive even by modern standards.  I could barely pass college algebra with a calculator; yet, these guys predicted astrological events that were centuries out.  For example, one of the three top calendars they invented is what is called the “Long Count Calendar.”  Over 1200 years ago, they predicted the world would end in fire on December 21st, 2012.

Part of what makes their predictions so fascinating is how precise their math was – and yet we know so little about them.  It almost gives them an aura of supernatural abilities.  For example, the earth wobbles as it turns on it’s axis by about 1 degree every 72 years.  This creates a small circle in the sky called a “precession.”  It takes around 25,800 years to create a “full precession” which coincidentally about the same time as a grand cycle of the Mayan time-keeping system (to finish on the 21st).  Indeed, the Mayan’s figured this out in a way that still stuns a lot of modern astronomers.  And this cycle coincides with a galactic alignment of the sun and the earth with the “galactic equator” that bisects the black hole at the center of the Milky Way – (I realize that was a mouth-full).  But keep in mind, it’s something that only happens once every 26,000 years!

As you’d imagine, there’s a huge number of theories as to what might happen after 11pm on the 21st. Some say there will be a polar shift, or a seriously devastating heavenly phenomenon.  But the vast majority of experts think the Mayan doomsday theories are ridiculous.  If you’re still worried, even NASA made a joint statement to reassure the public. Even Mayan scholar, Anne Pyburn, (an athropologist at Indiana University) says that these theories are “bunk.”  And if you want more thoughts, check out Mark Hitchcock’s book:  “2012: The Bible and the End of the World” (But get it soon because the book wont be worth much in two weeks : )

But I think it’s smart to be thinking about the end of the world.  Even though I don’t buy into the Mayan theories, there are still many Biblical arguments that’ll make the hair on your arms stand up.

Once again, last Fall, I preached an entire sermon series that approaches the end of the world from a Biblical standpoint (called Cramming for the End Times).  You’ll notice that I actually shared the three main theological approaches to it with the hopes that you will decide for yourself.  In part four I also did a short film on the time I actually tried to live as though I had 7 days to live.  Hopefully it’ll be thought provoking for you.

But one thing Jesus made clear about the end-times:  “See to it that no one misleads you” (Mt. 24:4).  I.e., There are a lot of clever sounding arguments about the end of the world. And keep in mind, he also said, “No one knows the day or hour when these things will happen” (Mt. 24:36).  Keep in mind, God did this on purpose so that we would live prepared.

If it doesn’t happen, make sure to come to our Christmas services. They will be earth-shattering… (sorry, bad word choice).  And after reserving your tickets [here], make sure to invite friends.  (We’ve been working on this plan since Spring.)

And if the world ends : )  those of us who are believers will be having an even better Christmas service in heaven (and you kind of need to reserve tickets for that one too : )  But, as always, keep your heart in the right place.  After all, Christ IS returning.  And when he comes, I want to be ready.