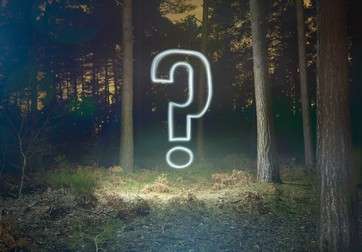 Why I Love Skeptical People & You Should Too

At one time in my life, I thought skepticism meant “a lack of faith.” But as I matured, I realized that skepticism is often the evidence of “maturing faith.” As strange as it might sound, doubt is God’s way of making us hungry for deeper revelations.  It’s not something we fear; it’s something we explore.

Of course, I’m not saying “cynics don’t deserve dignity;” indeed, cynics probably need MORE love and attention. Rather, I’m simply saying that, cynics usually don’t need information as much as old fashioned love. And cynicism isn’t limited to atheists.  Many Christians are cynical too. And that was me for many years.

As many of you know from my book Pharisectomy, I didn’t enter the church in a typical way. I experienced a miraculous answer to prayer while working in a nightclub. And because of this scary yet exhilarating encounter with God, I had a little more motivation than the average seeker. Whenever I encountered an insecure Christian or a wounded atheist, I was capable of seeing through their cynicism or indoctrination. Yet, most people aren’t as motivated as I was.

For example, most people struggle with a big question about faith. For example, here are a few classic questions that I hear from a lot of people: “how can a good God allow evil to exist?” Or, “is the Bible truly reliable?” “Does the historical evidence about Jesus really point to him being more than just a ‘good teacher’?” Or, then there’s the practical questions like: “why are there so many crazy churches?” Or, “why didn’t God heal my friend when they were dying of cancer?”

At some point in your life, you’re going to need to wrestle with questions like these. And although the Bible answers all of these questions, most people don’t even know where to find them. (Let’s admit it, the Bible has a few sections that require a little time to understand). So, as a pastor, I’ve always tried to be a little extra patient with people as they wrestle with these ideas.

Unfortunately, as many Christians grow comfortable with their beliefs, they become increasingly intolerant of people who need to wrestle with these same beliefs. So instead of celebrating skepticism (and inserting wisdom), we treat it like a toxin (which is probably how skeptics turn into cynics). We often exchange the tension of discipleship for indoctrination. And as a result, we create a church atmosphere where it’s rather scary to ask the deeper questions that were struggling with.

Like I share in my book Pharisectomy, I love to have theological diversity in our church because it creates a healthy soul tension that drives people deeper into the Bible. Many churches beg their pastors to alleviate this tension… hoping the pastor will create “theological no fly zones” that officially shut down healthy discussions about theology. (& obviously, if people are harming one another through unhealthy debate, then, yes…sometimes a pastor should remind people to treat each other with dignity.  Unfortunately, many pastors cave in to a hyper-sensitivity and thus create homogenous churches of people who seek indoctrination instead of scripture – which is why their people would rather hear sermons than read their Bibles. Ironically, theological tension is often the greatest catalyst for Bible study… not to mention, a fantastic environment for true evangelism and authentic discipleship.

That’s why, this coming week, if you live in the Twin Cities, I want to invite you to an amazing opportunity called “the Alpha course.” Every Monday, hundreds of people descend upon the Café in our operation center to share a meal, wrestle with their doubts, and have a little fun. We’ve literally had over 1000 people participate in this in the past couple years. Feel free to join us Monday (Sept 28th) or Oct 4th!

Of course, to add to the fun, this Monday night, were having a launch party for our new Alpha course. My wife and I will both be there (heck, I’ll be doing a live DJ set – throwing down a little progressive trance music). But our hope is this: if you’re looking for friends, food, or if you have a few questions about God that you’d like to explore, come on out and see if the Alpha course is for you. (And I promise you, it’s very low pressure! We often have people from all sorts of faith backgrounds who show up). So whether you’re currently a Muslim, an atheist, or a committed Christian, we give dignity and respect to all faiths. And you are sure to have a little fun if you come out!

But here’s my point, and I don’t want you to miss this: Skepticism isn’t the absence of faith; it’s the emotion that drives us to substantial faith. Anything worth believing should be able to withstand a little scrutiny. Ironically, skepticism is often the front runner of true revival.

So are you wrestling with certain Scriptures today? The passages that disturb me the most are usually the ones that have the most to say. Don’t run from your doubts or surround yourself with cynical people. Explore them alongside other skeptics who are truly open-minded. After all, you’ll discover that, many of our doubts were actually a treasure map to Christ. Don’t allow fear to stop your current treasure hunt.

So, if you’re in the Twin Cities, join me this Monday night at Alpha. It’s a one of a kind party that you won’t forget! (for more info, check out Substance’s  Alpha page)

If you’d like more information on Alpha, check it out here.