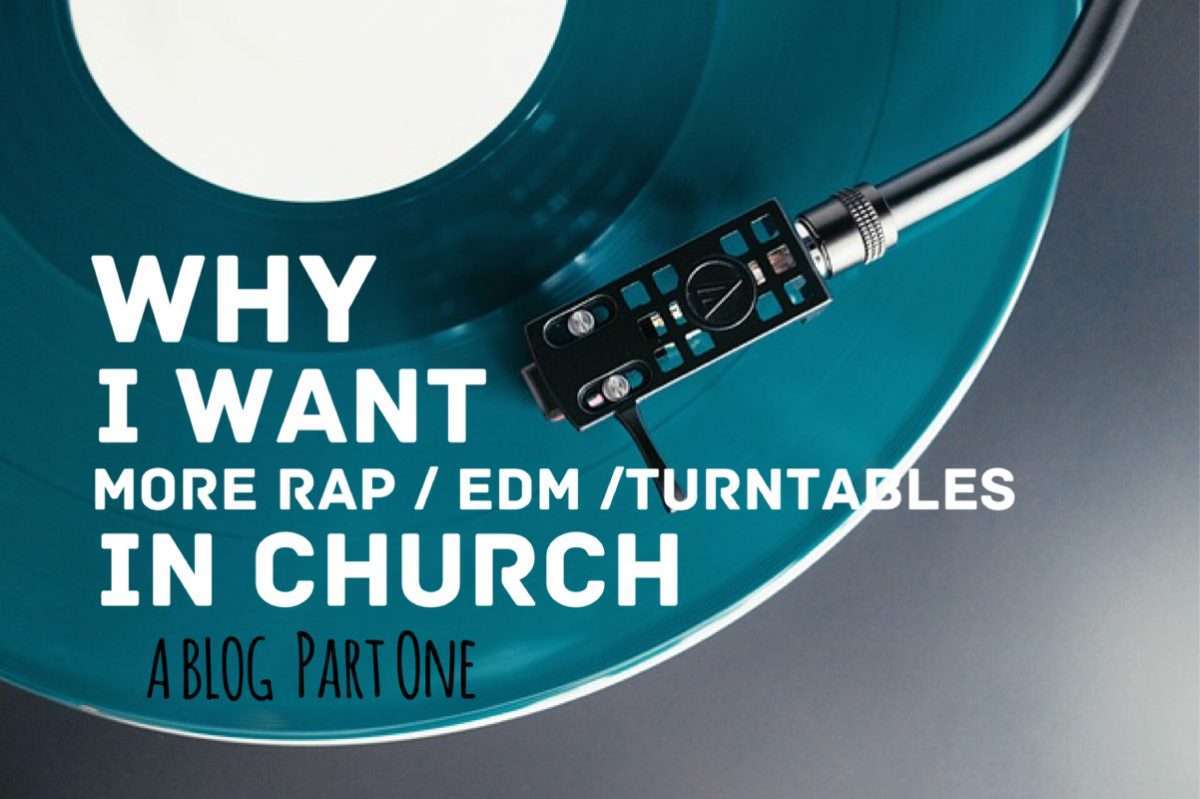 Why I Want More Rap, EDM, & Turntables in Church – Part 1

Posted On November 15, 2017 By Peter In Uncategorized

You might not like rap, R&B, or electronic dance music (EDM); but, the statistics show, you’re definitely a minority. Whenever I talk to Christian leaders, they always seem surprised that virtually all of the top albums over the last two decades have been rap. Eminem was the top selling music artist of the entire decade (2000-2010) – both with white Millennials and with minorities; yet, most Christian leaders couldn’t name a single song of his.

And it hasn’t changed in the last 7 years either. According to the chart data, there have only been three rock or guitar-driven albums that have climbed into the top 10 albums…obviously, Taylor Swift. And even Taylor Swift has abandoned guitars, country, – even pop music – for a “trap” sound (the dominant style of hip hop).

Yet, even though rap, EDM, and r&b have completely dominated both record sales and concert revenue for 17 stinking long years, most “contemporary worship” churches do not even have a single rap or EDM oriented song in their repertoire. So, you can understand why the category “contemporary worship” is bizarre to most non-Christians; after all, the only thing that’s “contemporary” is the fact that it’s not an organ.

But don’t feel bad if you don’t like rap or EDM. In writing this, I don’t want you to feel guilty for having preferences. In many ways, I feel bad for my friends in the Christian radio business. They always seem to get crucified for the conservative music they play that seems to target middle-aged soccer moms. I think sometimes the only reason people mock contemporary Christian is because some radio stations promote themselves as a “Christian alternative” to mainstream music – when it’s fundamentally a different music style than most young people listen to. It’s like playing accordion music and then saying: “It sounds the same as mainstream!” when it really doesn’t. Even though there’s nothing wrong with liking guitar and acoustic-driven music, when people call it mainstream, the authenticity police are going to start cranking their sirens.

Obviously, there’s nothing in scripture that mandates we like these music styles. But we ARE called to love people who prefer these styles – people who are emotionally moved through types of art that are different than our own. And if we alienate the vast majority of people due to selfish consumerism, it’s definitely going to affect our ability to reach people.
Now, it often surprises Christian leaders when I say this: please do NOT try to make a dramatic shift in your church – unless you have the talent to pull it off. For example, I do NOT recommend that churches start having Aunt Linda rap. And equally important, don’t NOT ask teenage-Rob to play his weird dub-step remix of Chris Tomlin – a mix that would cause all humans to cringe – especially those whose ears are tuned to the ever-changing nuances of those styles.

Authenticity and talent are essential. And the same is true for timing and context: Almost all modern forms of music feel weird on a carpeted stage with white lights. And I don’t care if your worship band is amazing at dance music; the 9 am service is still probably not interested in hearing it – at least until they finish their morning coffee. You see, timing, authenticity, talent, and context are essential to any effective art form. So, when churches try to communicate God’s story through mediocre art, our attempts often backfire. Sometimes it’s better for churches to simply be “excellently antiquated” than to become a modern cringe-fest.

But how do we begin incorporating new styles to maintain our relevance? Well, we’ll explore that in part two of this blog series. But in the meantime, it’s important to acknowledge, the world is changing. When we’re picking out worship, don’t just think about the long-term folks and the music that inspires you. Think about the people who don’t even have a voice at the table yet. And think about instruments and styles that bridge the gap between the lost and the saved.
—
You can find Substance I.O. on iTunes, Google Play, and Spotify.