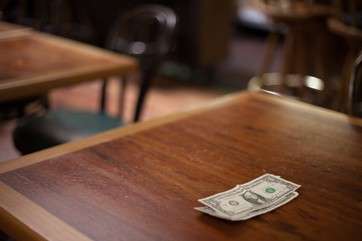 Why we love to hate healthy people & what that says about us!

Posted On September 1, 2015 By Peter In Leadership

We love to hate healthy people, don’t we? Whenever my wife judiciously orders a salad at a restaurant, it reminds me that my triple-patty bacon burger is a heart-attack waiting to happen. And studies show that the same is true with generosity… yet, we rarely admit it.

It’s no secret that most people hate greed. However, a study in the Journal of Personality and Social Psychology found that humans have a secret wish to punish generosity too. Researchers created a series of social experiments that would evoke peer pressure. Strangely, this study seem to indicate that people who are generous “beyond the norm” tended to get socially ousted by the general population. Researchers suggest this occurs because of collective guilt or an evolutionary instinct to prioritize social cohesion above all else – including “doing good.”At first, I didn’t believe this could be statistically true – until God had me make a radical sacrifice of my own.

Keep in mind, my wife and I have always lived quite conservatively. We’ve always given away 10-40% of our income. And, up until just a short while ago, my family lived in a tiny old house – in a part of Minneapolis that had higher crime. All five members of my family shared the same small bathroom (which is extra painful with three high maintenance females).

But as the lead pastor of a fast growing mega-church, this situation bugged a lot of people. Some people were like “Good! Pastors should be poor and modest.” On the opposite extreme, there were some wealthy and successful people in our church who were reticent to give large donations to the church because, it appeared like I was an incompetent money-manager. (After all, people in my position should be able to afford more.) “So is this pastor an idiot?”

And like many leaders in highly political positions, there was no win for me. I tried to silence critics by being “financially modest” only to find there were equally as many critics on the other side. But I didn’t realize I was stumbling upon a strange human phenomenon that was highlighted by the study I just mentioned above. And the most fascinating responses were yet to occur.

At Substance (our church community), we’re constantly launching new portable campuses and spiritual hospitals all over the city in order to accommodate growth. My wife and I had spent the better half of five years saving up for a new house. But when the financial needs of this new campus became apparent, we began praying about whether the Lord had different plans for our down payment.

One night, I finally asked my wife: “Of all the accounts that we can touch, how much do we even have?” My wife (who’s a great bean-counter) started outlining all of our accounts: “We’ve got $23,000 in our emergency fund… 9,000 in our automotive-mutual fund…” And she continued listing off all of our investments and bank accounts.

I had to admit: I was a bit impressed by how much my wife and I had saved up. Suddenly, as she listed off our last five years of savings, I felt the Holy Spirit impress upon my heart: “Peter, I want you to give it ALL.”

Immediately I thought, “That CAN’T be the Lord! …I rebuke that thought!” Perhaps its my overactive imagination? After all, sometimes is easy to mistake our own thoughts for God’s thoughts, right? Or, at the very least, perhaps I was hearing him incorrectly? I mean, maybe God was saying: “I want you to go to the MALL” – not, “I want you to give it ALL.” : ) Or, what if this is the devil trying to trick me?

As my heart was racing, I stopped for a second and thought: “Why would the devil want me to give more money to the Gospel?” I kept trying to think of reasons why this was silliness. I mean how am I going to sell this to my wife? How will I tell my financial advisor? He’s going to think we’re crazy – perhaps suicidal? What about the new house we’ve been dreaming about for years? Our kids are sick and tired of bunking together. Can I really tolerate our tiny square footage any longer? I mean it could take years before we upgrade, let alone get our financial margin back.

Right when I was about to tell why wife what I was thinking she blurted, “I think we should give it all!” … Immediately we glared at each other with wide-eyed grins. “Really?” I grimaced. It was a total rush – perhaps a holy moment. I suddenly remembered Proverbs 11:25, “a generous man prospers. He who refreshes others will himself get refreshed.”

Truth be told, over the next few weeks, it took a lot of work to get rid of all of that money. And there was still a grieving process that we had to go through, even though it was paradoxically joyful. And true to his Word, God brought blessings into our lives that were down-right ridiculous.

Nobody knew about this decision we made except God. Yet that next year brought in more money through random events than I have ever experienced in my whole life. Our church income literally jumped by over $1 million dollars right around the same time we silently made this decision. But watch what happened: Somehow, the word got out about what my family did. And to my amazement, a few people were furious. They felt like I was manipulating them – like I had gone off the deep end theologically. And, no lie, people were angry enough that they left the church! At first I was like, “what the heck is wrong with people?” It’s not like I was forcing anyone to agree with me. But when I read the study noted above, it suddenly all made sense.

The researchers pointed out that, human beings generally hate extremely altruistic personalities like Mother Teresa. On one hand, we are inspired by them; on the other hand they drive us nuts – perhaps because we feel guilty or selfish next to them. Research like this seems to suggest that  human beings tend to cling to a “norm” (whether right or wrong). And if we change, we like to change in groups. Thus, until there is a critical mass of people living in the same radical way, humans feel a need to critique people until they move back into the norm.

In many ways, this research simply reinforces what most leaders have known all along: when it comes to health topics that are unpopular – like sexual purity, money, and parenting, leadership equals bleedership. As we blaze a trail towards health, choosing right doesn’t mean we always get to “feel right.” People who aren’t growing and challenging themselves generally become critics of those who are. Thus, we have 2 choices: continue living in the status quo or live out the crazy God-adventure filled with miraculous provision. The latter option isn’t always fun; but it’s always filled with more blessings and fulfillment.

“Heavenly Father, give us the courage to lead on topics of health, even the ones that aren’t very popular. Give us the patience and kindness to convert others to your joyful lifestyle. And allow the favor that’s on our lives to become a joyful invitation to anyone who wants to experience more than they’re currently experiencing. In Jesus’ name. Amen.”